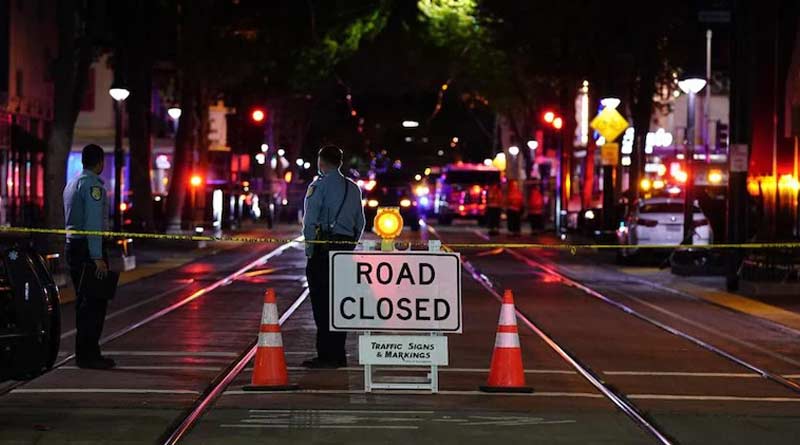 News Daily Digital Desk: Gunmen strike again in the US. Again, blacks are victims of racism. A 16-year-old man opened fire at a New York supermarket on Saturday evening. At least 10 people were killed in the attack. 3 more injuries. Most of the casualties were black. The young man finally surrendered to the police. At the end of the initial investigation, the police thought that the attack was due to racism.

Buffalo, New York City. A gunman stormed a supermarket in the town on Saturday evening. Witnesses said the 18-year-old, who covered his face with a helmet, was wearing special tactical gear and armor. The young man first attacked the parking lot of the supermarket. Three people were shot there. The assailant then entered the market. At the time, a former police officer in charge of security at the supermarket tried to stop him. He also fired a few rounds at the assailant. But the attacker was not harmed as he was wearing special clothes. Instead, the former policeman was shot in the back. Another 10 people died.

Upon receiving the news, the police force of Buffalo city rushed to the spot. The assailant tried to commit suicide instead of surrendering. Eventually the police forced him to surrender. He has been arrested. A case has been filed against the attacker under several strict sections.

Buffalo City Police Commissioner Joseph Gramaglia said 10 people had been killed. Three people were seriously injured. Most of the casualties were black. Police have launched an investigation into the attack, calling it racist. The commissioner further said that this incident has taken place due to complete racism. Who or what is inciting such incidents will be investigated. He also assured that strict action would be taken against the culprits.

Beds drought in the hospital

The wife who crushed her husband with a cricket bat. The husband who filed a domestic violence case