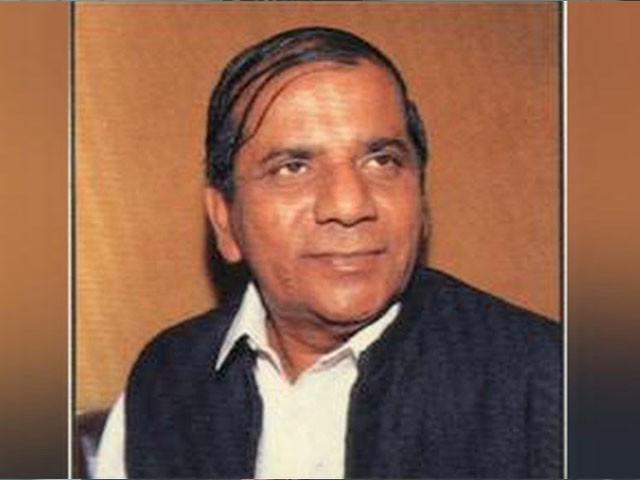 This bright star of the music world died forever on October 4, 1995. Photo: File

Lahore: It has been 27 years since famous singer Masood Rana left his fans, but the charm of his voice is still there, he is also called Muhammad Rafi of Pakistan.

Masood Rana was born on June 9, 1938 to a zamindar in Mirpurkhas, started singing in 1962 and sang the first song for the first film Iqbal, but his real fame came from the Punjabi film Daachi.

Masood Rana was a leading singer of Urdu and Punjabi films. During a career spanning three decades, he sang songs for more than 500 films.

His sung songs were filmed on all major actors of Pakistan including Nadeem, Muhammad Ali, Wahid Morad, Ghulam Muhyiddin.

Masood Rana sang many national anthems, his war anthems sung during the 1965 and 1971 wars still warm the blood.

This bright star of the music world died forever on October 4, 1995, but he will always remain bright in the hearts of his millions of fans because of his artistic services.

The situation in Iran is even worse, police tear out the eyes of protesters, people kiss openly Pipa News