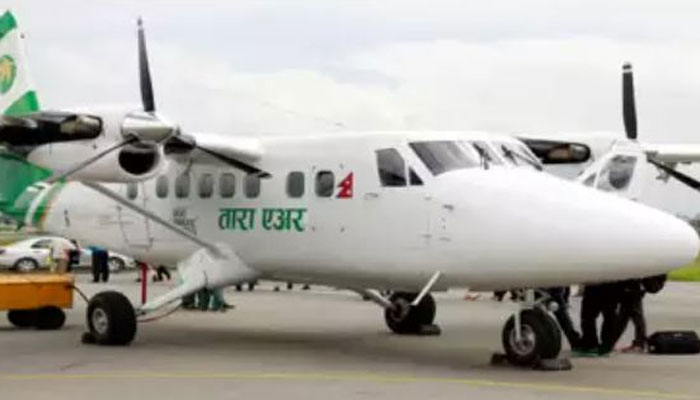 A Nepali private airliner with 22 passengers on board went missing during a flight on Sunday morning.

The plane flew from the Pokhara area, 200 km from the capital Kathmandu, to the city of Jom Som.

The plane took off at 10:15 a.m. and lost contact with the control tower 15 minutes later.

According to air traffic control, there are unconfirmed reports that a loud explosion was heard near Jom Som.

The plane had a crew of 3 including 13 Nepalese nationals, 4 Indians, 2 Germans and a pilot.

Nepal’s Interior Ministry says two private helicopters have been dispatched to search for the missing plane, while a Nepal Army helicopter is also involved in the operation.

IPL will get special window in FTP, J Shah

uddhav thackeray, no anger on Uddhav Saheb, our anger on only one person; शिंदेंचे शिलेदार ‘भरभरून’ बोलले – maharashtra political crisis no anger...

Dog Video: Bathing at home is so boring for this dog! Do you know what to do with it?

Negligence in implementation of schemes will not be tolerated: MLA Yashoda Verma

Mother And Daughter Were Sexually Harass In The State Of Intoxication, Five Accused Arrested, Roorkee News