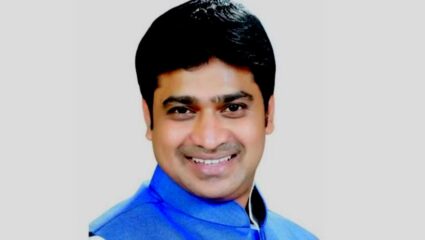 Pimpri : The citizens of Pimpri-Chinchwad did not face any crisis during the 15-year rule of the Nationalist Congress Party. Because as the guardian of the city, Ajit Pawar paid full attention to the better planning of the city. The BJP came to power in 2017 and due to their unplanned rule, the city dwellers faced many problems. What can be more unfortunate for the city dwellers than that despite adequate rainfall, the city is getting water supply every other day? BJP violated the fundamental rights of the citizens. Alleging that the water shortage in the city is BJP’s sin, Nationalist Congress Party’s city president Ajit Gawane said that there is no forgiveness for this sin of his.

No one has control over the ruling BJP leaders

Speaking on the occasion, Ajit Gavane said that the Nationalist Congress Party made efforts to provide paved roads, adequate water supply, waste management, medical services, theaters for entertainment, parks and other essential civic amenities in Pimpri-Chinchwad city and The graph of urban development was kept high. However, in 2017, there was a change of power in the Municipal Corporation and the development of the city came to a standstill. No one has control over the ruling BJP leaders. Due to this the direction of development got deviated and the plight of common people started in Pimpri-Chinchwad. On this occasion, Gavhane appealed to every worker to convey the picture of the city’s development done by the Nationalist Congress Party to the public. In this meeting, topic-wise discussions were held regarding the convention to be held at Chinchwad’s Prof. Ramkrishna More Auditorium on December 8 and the program to be organized on the occasion of Sharad Pawar’s birthday on December 12, and the registration campaign for the empowerment of booth committees and members. At the beginning of this meeting, former corporator Vinayak Ransubhe proposed to pay tribute to Uttam Hirve, former president of Nationalist Congress Party slum cell and former corporator. It was approved by Vijay Lokhande.

The people of Gujarat have rejected the politics of freebies ...

Amid a huge saffron wave, Baid, Dhanera and Waghodia fought...

What was the result of Kulhad Pizza couple dispute with...

As a gesture of peace, Pakistan returned an Indian soldier ...

Viral Video: TC standing at the railway station fell on...

As a gesture of peace, Pakistan returned an Indian soldier Pipa News