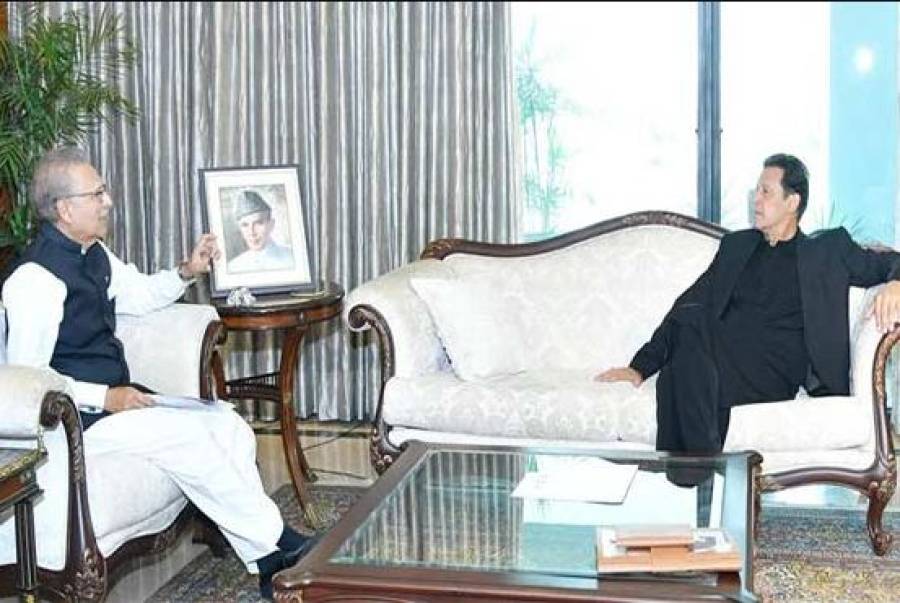 Arif Alvi met former Prime Minister Imran Khan in Zaman Park, other central leaders of Tehreek-e-Insaf were also present on this occasion, and the political situation of the country was reviewed in detail. It should be noted that a few hours ago there was a meeting between Imran Khan and Arif Alvi in ​​which concern was expressed over the Tehreek-e-Insaf not announcing the election date. The non-announcement of the date of elections by the governors is a cause for concern, these actions are increasing doubts.

Rejoicing in the land of Pakistan, Maryam Nawaz’s tweet on...

Interior Ministry’s decision to expand the scope of Safe City...

Police Starts Crackdown Against Illegal Use Of Police Lights, Sirens ...

India changed the name of the historic Mughal Garden to...

More details about the Pakistani student who was arrested in...

Rejoicing in the land of Pakistan, Maryam Nawaz’s tweet on her return to the homeland – Public News Pipa News