Australia wins in style against England in 3 match ODI series 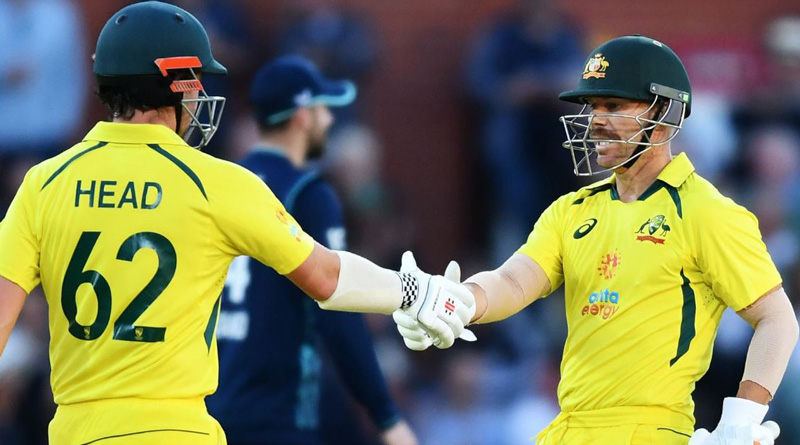 News Daily Digital Desk: England won the ICC T-20 World Cup last Sunday. Today, on November 17, the English army lost the first match of the three-match ODI series against Australia. Ajira won the first ODI match held in Adelaide by 6 wickets. They beat England with 19 balls left. Although the two formats are completely different. England, however, is the world champion of 50 over and T20.

Of course, stumbling after becoming a world champion is nothing new. In 1983, Kapil Dev’s India became the world champion. But the West Indies came to the home ground and beat India in a thrashing. However, the England-Australia series is not over yet. The first match has just taken place. Azira won the first match. Time will tell what the outcome of the series will be.

England scored 287 runs for 9 wickets in 50 overs on Thursday. David Malan played an innings of 134 runs. In response, Australia went into bat and won the match by losing 4 wickets in 46.5 overs by scoring 291 runs. David Warner (86), Travis Head (69) and Steve Smith (unbeaten 80) scored significant runs in Australia’s innings. Despite losing the match, David Malan was declared man of the match.

David Warner and Travis Head made a partnership of 147 runs to chase England’s runs. Travis Head was dismissed for a personal 69. Both the Aussie openers put Australia on a solid footing. However, Australia had no problem winning the match. Because Warner, Smith also bats aggressively. England’s bowlers are ruled by Aussie batsmen.

PM Modi again ran away from answering on Adani, Rahul...

Mask has become essential in daily life Mask has...

Devastation by earthquake in Turkey and Syria, Taliban also came to the field to help Pipa News

PM Modi again ran away from answering on Adani, Rahul Gandhi said – he is protecting his industrialist friend Pipa News