Bengaluru’s techie dad killed his daughter in Kereyangal, Kolar! Here are the details – Techie Rahul from Bagalur in Bangalore kills his toddler daughter in Kolar due to heavy loan Pipa News

Bengaluru’s techie dad killed his daughter in Kereyangal, Kolar! Here are the details – Techie Rahul from Bagalur in Bangalore kills his toddler daughter in Kolar due to heavy loan 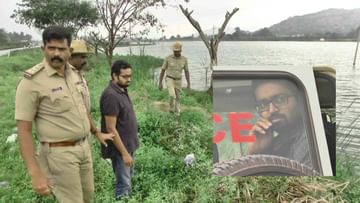 He brought up his daughter playing on his chest. He had built a nest of love for his daughter in the same chest. He was the father who used to bring everything he asked for his daughter. However, he was troubled by the debt, the loss in the investment, and killed the child who was playing with his own hands. What is a pathetic story anyway? Read the details here.

Software engineer by profession (Techie) That father who is (Father) He killed his own daughter while shedding tears at the same time (Murder) He went to the lake with the police and showed the place. This scene was found in Kolar (Kolar) Near Taluk Kendatti. Yes, it happened on November 16. The truth behind the case of a Gujarat-based software engineer who killed his daughter and thought he had committed suicide has now been revealed.

Anyone who hears the story of a father who killed his child with his own hands will be filled with tears. Rahul, a Gujarat-based software engineer, lived in Raga Apartment in Bangalore with his girlfriend Bhavya, whom he married. Rahul and Bhavya, who have been living here for the last five to six years, have a cute three-year-old daughter. Her name is Gia.

Rahul, who had been unemployed for the last one and a half years and had suffered a lot of losses by investing in Bitcoin since 2016, was preparing to drop his child to school on November 15. All his problems were left at his doorstep. The borrowers came and stood near the house. The police had come and called him to come to the police station in the wake of his false complaint. In addition to this, his desire to give his wife what she asked for and keep her happy had really put him in a bad situation.

In such a situation, there was not even a penny in the pocket. At that time, Rahul, who had left his child at school, was unable to return home. He is in a situation where he cannot handle the situation even if he goes back home. As a result, he decided to commit suicide along with his beloved daughter.

But the water was not deep, he could not die. By that time, Rahul did not have the courage to die. So Sida left his dead child there, left his mobile phone, purse and everything in the car, took a drop from some person to Bangarapet railway station and boarded the train. From there, Rahul traveled around four or five states by train like Tamil Nadu, Andhra, Maharashtra, Delhi, Agra.

While traveling in the train, he tried to die again by jumping from the train. However, he is not brave enough to die. At this time, he called his wife’s family and made a story of kidnapping. When the police, who were searching for him, turned their back on Rahul, it was learned that Rahul had gone to Bangalore by train from Andhra Pradesh. Finally, when the police arrested him and interrogated him, the real thing came to light.

If you see the story of this techie, who has reached the point of bankruptcy and death while taking good care of his wife whom he loved and married, and his beloved daughter, then the old man’s adage, ‘A man should stretch his legs as much as a bed’, really resonates in his ears. (Reporting by: Rajendra Singh, TV9, Kolar)

Viral Video: TC standing at the railway station fell on...

A government teacher who applied for a gun license in...

When BJP got a huge majority in Gujarat, know how...

Death of Punjabi youth going to Italy in Serbia Pipa...

One-and-a-half-year-old Daraksha risked her life when she was left alone,...

Khakee The Bihar Chapter | IPS Amit Lodha, who came into limelight with the show ‘Netflix’, is in trouble, suspended after registering an...

When BJP got a huge majority in Gujarat, know how much vote share it got Pipa News