Police collected CCTV footage and phone data and discovered that the persons she had accused were never present in the area at the time and place mentioned by Cathy in her complaint. 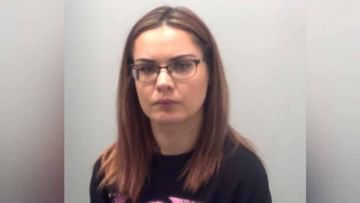 A woman has been sentenced to 5-years in prison for allegedly making allegations that two men raped her ten times, prompting the police to take up nearly 60 investigations. A 35-year-old woman named Cathy Richardson filed a complaint alleging that she was raped 10 times from January to May 2021, and one of her two accusers was arrested and subjected to a forensic test.

Police collected CCTV footage and phone data and discovered that the persons she had accused were never present in the area at the time and place mentioned by Cathy in her complaint.

Cathy, of Westcliffe, Essex, was arrested on May 28 last year and later charged with obstructing justice.

James Holmes, the police officer who led the investigation, said in a statement to a newspaper, ‘The first thing we do when we receive a complaint of rape or sexual assault is to believe the complainant’s word.’

“These are crimes of a very serious nature and the victims suffer a great deal of suffering. We have a team of experts who stand in support of the victims and take up the investigation.’

‘When Cathy Richardson came to us and filed a complaint, we believed her like anyone else and took up the investigation out of compassion.’ ‘But it didn’t take us long to realize that her allegations were far from the truth and baseless.’

‘Her lawsuits have in fact stigmatized the rape victims who come to us for help and the two men who were accused by her through no wrongdoing.’

Following her complaints we conducted several investigations and wasted our precious time and resources. The time wasted on her could have been used to investigate real cases.’

“I am confident that this case will not have any adverse effect on the victims who come seeking our help,”

“I hereby assure you that we believe and stand by the complainants and investigate their case with the same integrity,” Holmes said.