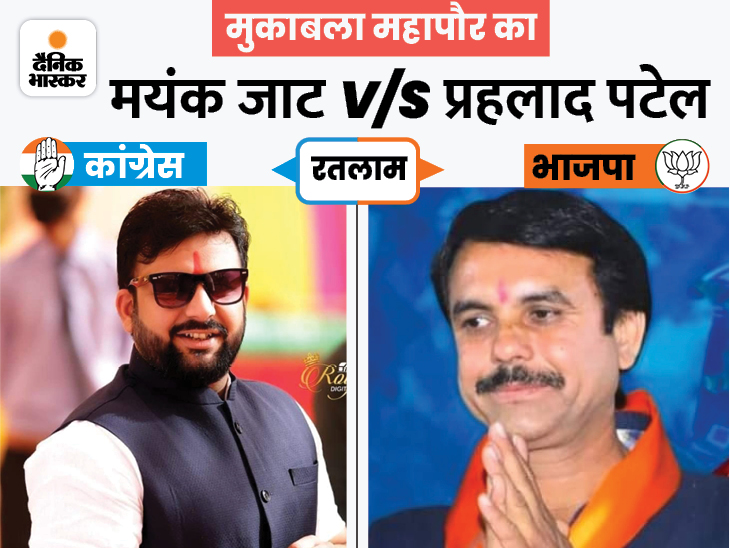 The election campaign for the post of mayor in Ratlam Municipal Corporation elections has started. After the initial warm-up of the campaign, now the candidates of both the parties have started intensive public relations. City MLA Chaitanya Kashyap has entered the fray today for public relations with Prahlad Patel by the mayor of BJP. In support of the BJP candidate, Chetan Kashyap has appealed to the BJP to win the municipal elections by doing public relations in Ambey Chowk, Janata Colony, Rajiv Nagar and Inder Lok Nagar. At the same time, candidate Mayank Jat has also started intensive public relations. Today, along with Congress candidate Mahendra Jat, big faces of Congress including Paras Saklecha, Premlata Dave and city president Mahendra Kataria have come to the front. Congress candidate Mayank Jat has done public relations in Shayar Chabutra, Ashok Nagar, Green City, and Jyoti Nagar areas of the city today.

Independent candidates including AAP, Samajwadi Party, Nationalist Congress Party, who are contesting for the post of Municipal Corporation mayor, have also appealed to vote by starting door-to-door public relations. Significantly, for the post of mayor, the fierce contest between Mayank Jat of Congress and Prahlad Patel of BJP, Mohit has started campaigning on the field and social media in his own way.

Special response to Agneepath..94 thousand applications in 4 days in one Air Force

I will rally support from BJP friends: Yashwant Sinha-Dinamani

Activism Through Art by Baadal Nanjundaswamy from Karnataka

No physical relation movement in US: ‘My body, who rules the government?’ Women protesting on the streets in America

No one can bar Ishaq Dar from returning homeland: Khaqan

Umang 2022 Shah Rukh Khan set the stage on fire with his performance on Phir Bhi Dil Hai Hindustani song I am the best...