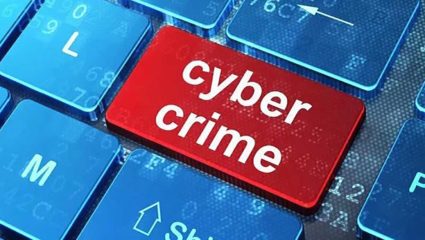 Nagpur, By pretending to rent a house by pretending to be an army officer, the cyber thug deceived the old man. Rs 1.91 lakh was blown away from his 2 bank accounts. The police have registered a case on the complaint of Satish Uddhavrao Chimalwar (65), a resident of Besa. Satish had to give his house on rent. For this, he had given an advertisement in the newspaper.

On 18 April 2022, a person named Mayank Nagar called him. Called himself an army officer and said that he has been transferred to Nagpur. He wants to get home but doesn’t have time to come to see. Fake identity card sent to Satish’s mobile. The rent was fixed at Rs 16,000 per month. Mayank pretends to make advance payment. First, 1 rupee was sent to Satish’s Paytm account. After the number is confirmed, Satish was asked to send the QR code.

After some time, Rs 15,999 was debited from his account. When Satish called him, he pretended to be in behavior. Told online procedure to refund money. According to the accused, Satish gave information related to the bank account. The accused transferred Rs 1.91 lakh online from both their accounts. After investigation, Beltarodi police registered a case.

Girls From Godhra run Successful Business only age of 30...

Mangalyaan ran out of oil and battery, said goodbye after...

Vikram Vedha: How much is the collection of the movie...

After Sidhu Musewala, now another Punjabi singer was attacked with...

Dindigul district SB at the place where the sand robbery...

Mangalyaan ran out of oil and battery, said goodbye after 8 years of journey… Pipa News

Vikram Vedha: How much is the collection of the movie ‘Vikram Vedha’ in 3 days? Hrithik-Saif film is doing well Hrithik Roshan...

The government is in a state of panic, we will not take any step that will harm the country: Shah Mehmood Qureshi Pipa News