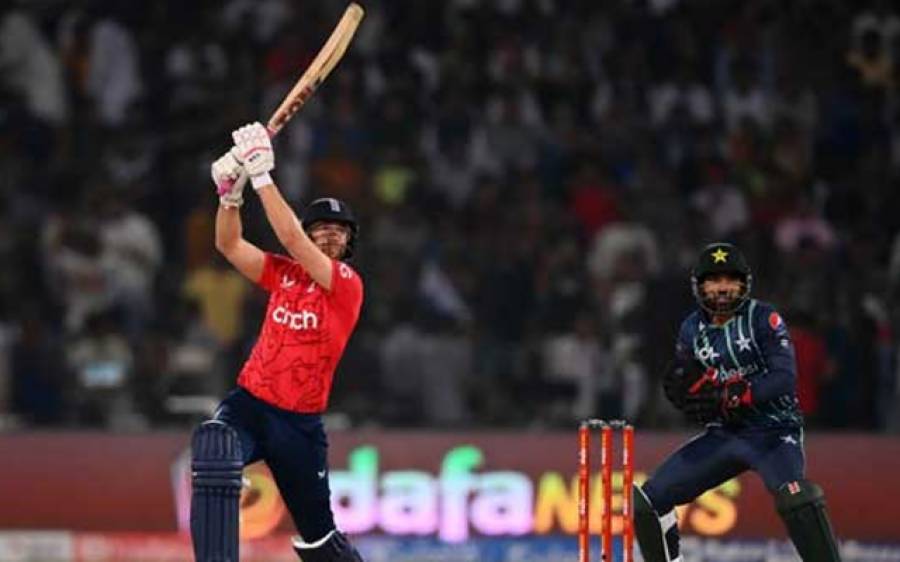 In the deciding match of the T20 series played at Gaddafi Stadium, national team captain Babar Azam won the toss and invited England captain Moeen Ali to bat first. In pursuit of the target of 210 runs, the national team showed very poor batting, captain Babar Azam scored only 4 runs and was caught by Harry Brooke off the ball of Chris Woakes while Mohammad Rizwan was clean bowled by Race Topley for 1 run. .

The third out batsman from Pakistan was Iftikhar Ahmed who scored 19 runs and was caught out by full salt off the ball of David Vale, Khushdil Shah scored 27 runs off 25 balls with the help of 1 four and 1 six and Adil Rashid Catching Phil Salt on the ball.

Asif Ali once again failed to support the national team and scored only 7 runs and was caught out by Race Topley off the ball of Chris Woakes, Mohammad Nawaz scored 9 runs and fell victim to Sam Curran.

The English team scored 209 runs for the loss of 3 wickets in the allotted 20 overs, David Mullan was outstanding by scoring 78 runs.