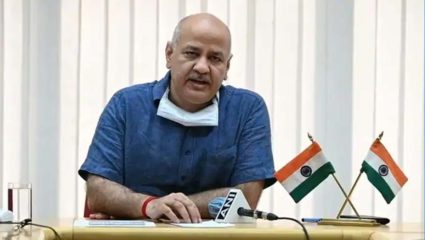 New Delhi. Today CBI has filed 10000 pages charge sheet against 7 accused in Delhi Excise Policy Scam (Liquor Policy). However, the name of Delhi’s Deputy CM Sisodia is not there at the moment. Explain that, ED and CBI had alleged that irregularities were done while revising the excise policy and direct benefits were given to the license holders.

Significantly, this charge sheet has been filed by the CBI in Delhi’s Rouse Avenue Court. Be aware that the hearing of this matter is already going on in this court. According to the investigating agency, at present, investigation is still going on against Manish Sisodia in this case. It is noteworthy that on Thursday, the Delhi High Court refused to ban the bail of these two accused in the case of scam in the new liquor policy.

It may be noted that the bail granted to Aam Aadmi Party’s communication incharge Vijay Nair and Abhishek Boinapalli was challenged by the CBI. Hearing this, refused to ban the bail. However, 10 days before this, on November 14, the Rouse Avenue Court had also accepted the bail applications of Vijay Nair and Abhishek. Today, CBI has filed a charge sheet of 10,000 pages in Rouse Avenue Court in this regard.

It was known the identity of that ‘girlfriend’, Aftab called...

The written exam for 2nd level constables has started all...

BJP shared another video of Satyendra Jain, 10 employees in...