DRIA Rs. A quantity of red sandalwood worth six crores was seized 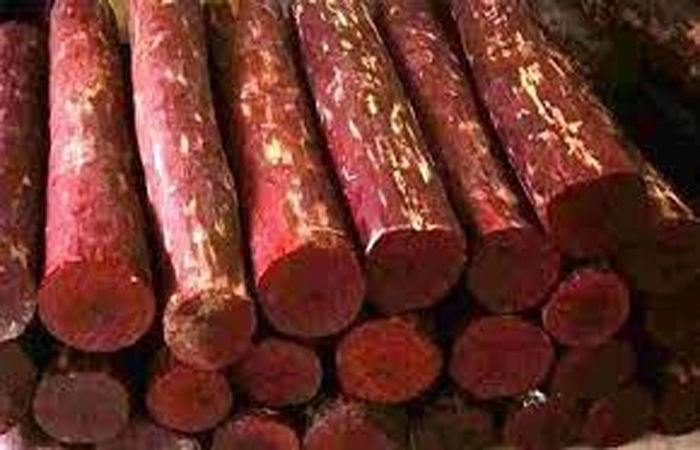 – Action by DRI based on secret information

– Around 10.23 metric tonnes of red sandalwood was seized from a container going for export to Singapore.

New Delhi: The Department of Revenue Intelligence (DRI) has seized about 10.23 metric tons of red sandalwood sticks from a container that was going to be exported to Singapore. The price of which has been estimated at around six crore rupees.

According to sources, the DRI received intelligence that red sandalwood sticks were being smuggled into Singapore by posing as electrical goods. He said that based on intelligence, DRI officials intercepted the container ready for export at ICD Palwal.

The Ministry of Finance has said in a statement that the DRI seized 10.23 metric tons of red sandalwood from the goods bound for Singapore. The value of which is estimated at Rs 6 crore in the international market.

The statement said that the process of exporting the goods in these containers was started on the basis of fake documents of a unit located in Noida SEZ. DRI had earlier also exposed similar smuggling.

Karnataka Weather Report: Rain in this part today and tomorrow;...

Duare Ration || Challenging the High Court’s decision on door ration, the state is going to the Supreme Court Pipa News