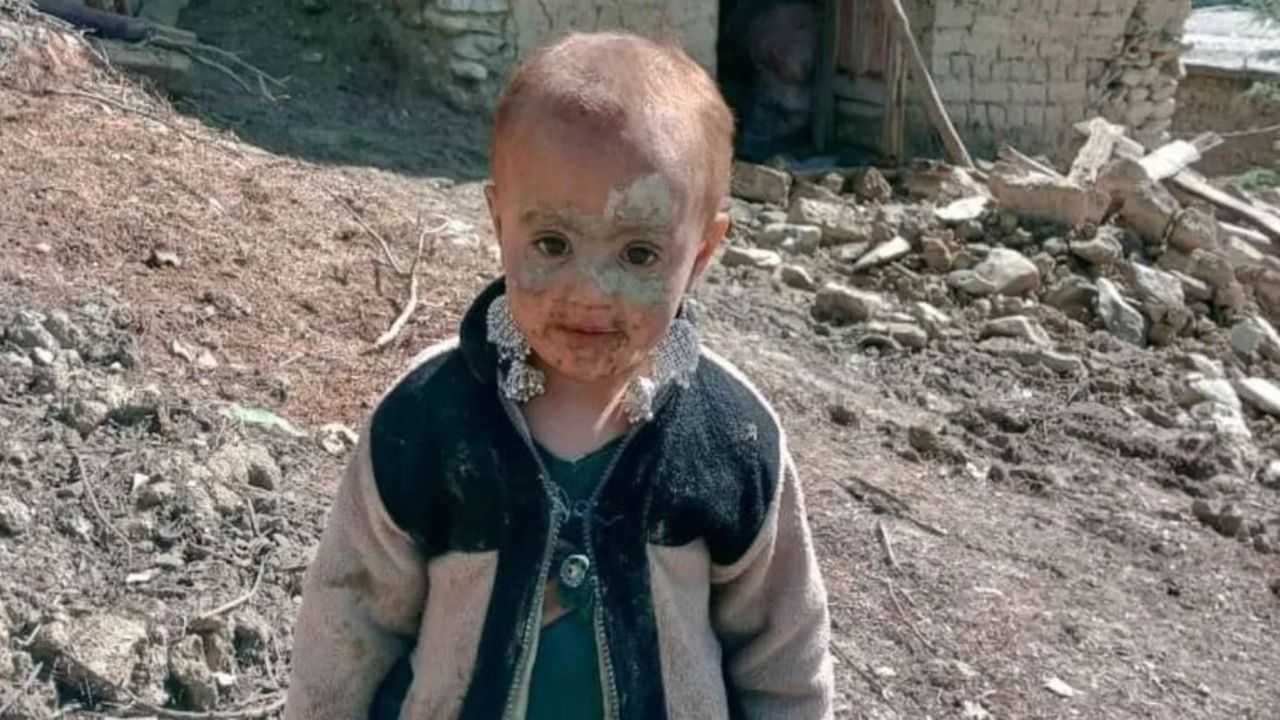 The only child in the family survived the quake

Afghanistan Earthquake Pictures: The whole family of this little girl has died due to the earthquake in Afghanistan. A journalist posted a picture of the girl on Twitter.

Earthquake in Paktika Province of Afghanistan (Afghanistan Earthquake) There is a lot of panic. So far 1000 people have been killed and thousands injured here. Meanwhile, a picture of a 3-year-old girl is going viral on social media. The girl’s entire family is said to have died in the quake and she is the only survivor. People are getting very emotional seeing this picture on social media. In the picture, there is mud on Masoom’s face. At the same time, behind the girl, an earthquake (Death in Afghanistan Earthquake) The debris of his collapsed house is visible.

The whole family of the girl died in the earthquake

The picture was posted on Twitter by Afghan journalist Syed Giarmal Hashmi. He wrote in the caption with the picture, ‘This little girl is probably the only surviving member of her family. Locals said they did not find any member of his family alive. It takes about 3 years to appear. ‘ This tweet has now gone viral. People are very responsive to this. Let me tell you that while mourning the loss of so many lives in the powerful earthquake in Afghanistan, India on Wednesday expressed its commitment to help and support the people there.

An earthquake in Afghanistan’s eastern Paktika province has killed at least 1,000 people. Prime Minister Narendra Modi expressed deep sorrow over the tragedy. PM Modi tweeted that India is with the people of Afghanistan in their difficult times and is ready to provide all disaster relief materials as soon as possible. The tragedy comes at a time when the international community has distanced itself from Afghanistan after the Taliban took control of the country following the withdrawal of US troops from the country.

The situation is expected to make it very difficult to carry out rescue operations in a country of 38 million people. Farid Mamundzai, Ambassador of Afghanistan, praised India for showing unity and support in these difficult times. It has also appealed to the Taliban, the ruling party in Afghanistan, for international help. For the first time since the Taliban came to power, a technical team was deployed at the Indian Embassy in Afghanistan on Thursday to coordinate and closely monitor the distribution of humanitarian aid. The Ministry of External Affairs has given this information.

A selfie video of a boy committing suicide