Family Planning Operation: Two people died after a family planning operation went awry, while the condition of another is causing a stir. This atrocity.. 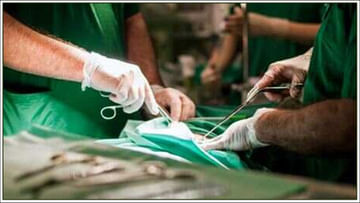 Family Planning Operation: Two people died after a family planning operation went awry, while the condition of another is causing a stir. This atrocity took place in Ibrahimpatnam of Rangareddy district. The woman, who is in critical condition, has been shifted to a hospital in Hyderabad and is being treated. 27 women underwent family planning operations on the 25th of this month at Ibrahimpatnam Government Civil Hospital. Among them, three women fell seriously ill and two of them lost their lives. There was concern as the condition of another woman was critical.

Mamata from Madgula mandal Narsaipalli, Sushma from Lingampalli village of Manchal mandal and Lavanyam from Sitarampet in Ibrahimpatnam were admitted to the hospital on 25th of this month for the operation. They went home after family planning. Mamata fell seriously ill at home and was shifted to a private hospital in BN Reddy. She died while receiving treatment there. Sushma was also admitted to another hospital, but she also died while receiving treatment. Another woman, Lavanya, whose condition is critical, has been shifted to Owaisi Hospital in Hyderabad. It is worrying that two people have died at the same time and the condition of the other is serious. Their relatives allege that this happened due to family planning operations going awry. Medical officials responded to the incident. It is said that there was no mistake in the operations and he was sent home after a complete health check.

Check out the latest news highlights

A 15-month-old girl fell into a bucket of water while playing, died due to drowning Pipa News