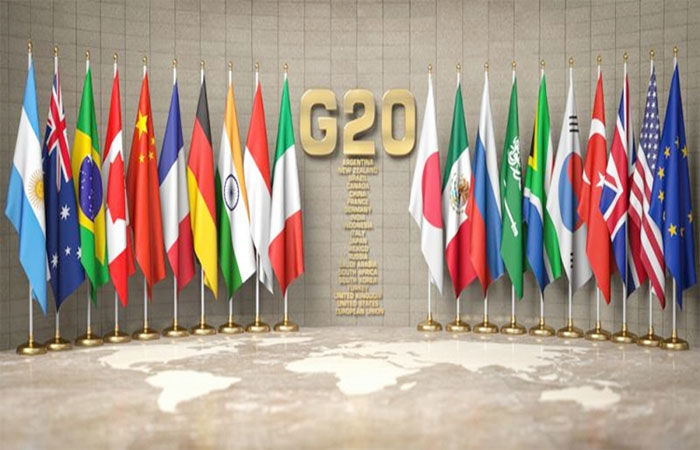 – Permanent membership of the UN Security Council is on the horizon

New Delhi: From December 1, 2022, India will hold the presidency of the G-20 Council for one year. For that, India has already started preparations. This conference will start in September 2023 at ‘Sushma Swaraj Bhavan’ in New Delhi. Apart from the G20 countries, India has also invited Nigeria, Egypt, Bangladesh, Oman, UAE, Singapore, Mauritius, Spain and the Netherlands as ‘special invitees’ in the conference.

During this conference, India wants to showcase its special achievements (such as: Leadership in FinTech) to the world, its aim is to make the voice of the ‘Global South’ heard to the world by being ‘Uchchasane’ (permanent member of the Security Committee). As the informants say.

During the conference, India’s agenda regarding environment will be presented in which lifestyle, for environment (Life), climate financing, energy transmission, and women led development will be emphasized. (Prime Minister made the first use of the word Life in ‘Climate Conference 2021’. The Secretary General of UNO also appreciated it.) During India’s presidency of G20, Prime Minister Modi besides reforming international organizations (such as UNO) Debt crisis will also be discussed. Regarding this, Amitabh Kant, the so-called Sherpa for India’s G-20, said, “India has achieved an unprecedented personal achievement in terms of digital transformation, which is completely different from the western countries.” We also encourage the private sector to innovate and research while focusing on serving the needs of the public. India has achieved a unique position in the field of health and medicine. India wants to make the voice of the Global South clearly heard through this conference.

Businessmen and industrialists of the said countries have also been invited in this conference.

In addition to improving the living standards of 3,000 poor people in the world, consideration will be given to eliminate the food and energy crisis and the growing debt crisis facing the world. Amitabh Kant of the Ministry of External Affairs said that it is also possible to discuss the geopolitical tensions and the Russia-Ukraine crisis.