Nidhi Dave, Vadodara: Vinayaka Chaturthi means Ganapati Dada’s appearance day. On this day, a grand Ganesh Yag has been organized in the presence of Chintamani Ganesha at the Mahakali Temple at Mandvi and Modak Ahuti will be offered along with it.

Gauri and Ganesha are described in scriptures and Puranas to be instant gratification deities in Kali Yuga. There is also a description in the scriptures that the idols and yantras of Gauri i.e. Mataji and Ganesha are worshiped in the Devalaya which is described as a place of excellent worship in Kaliyuga. 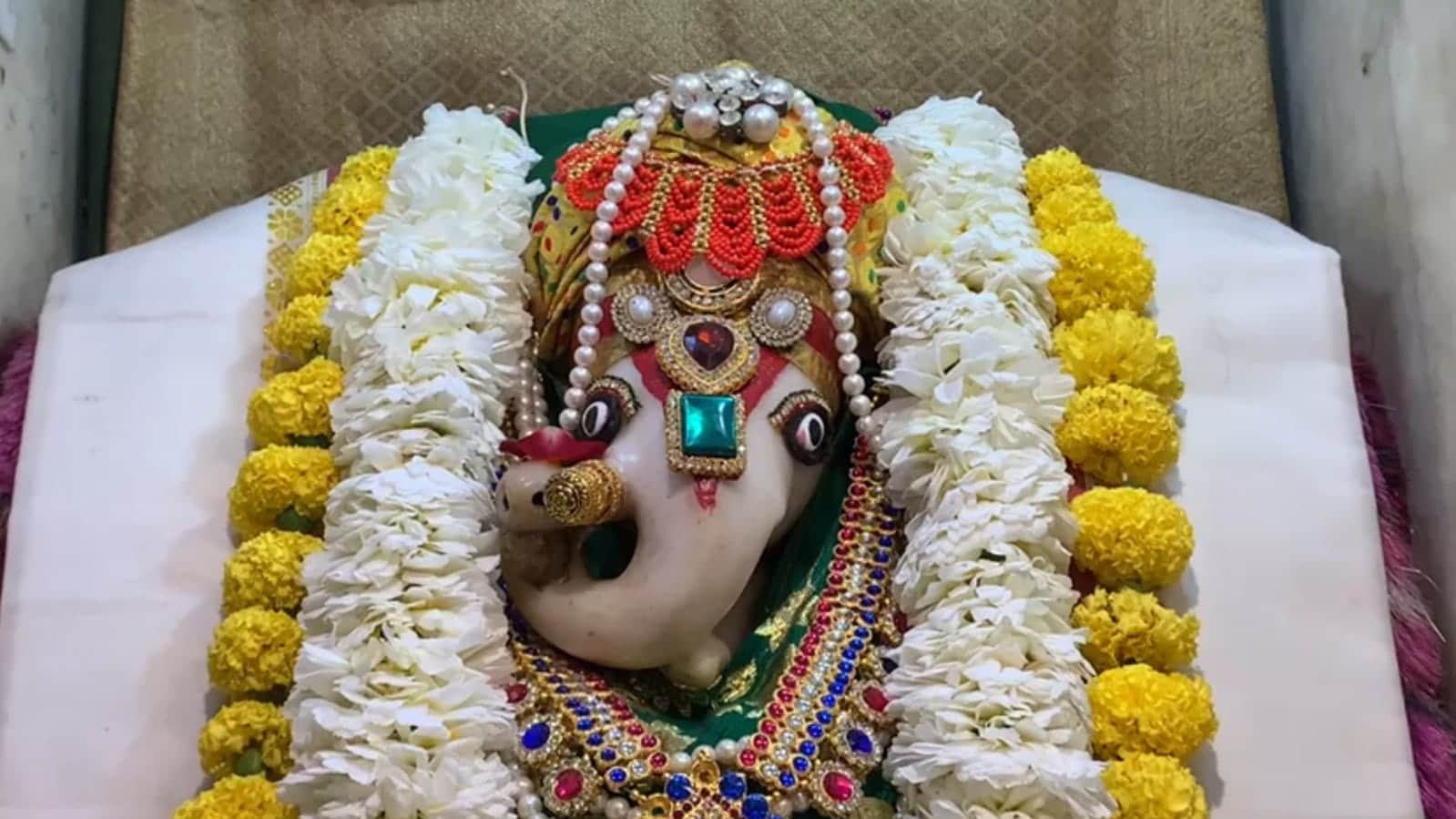 But in today’s time there are very few temples of such scriptural style. People do not even know about such temples except the pilgrimage areas.. Then Vadodara which is known as Navnath Nagari., There are still temples full of such spiritual energy. Among them is the Mahakali temple known as Ansh Pavagarh located in the street of Vitthal temple.

The black chaudashe of this temple is special mahatmaya. But very few devotees will know, That along with Mahakali Mataji, Ganesha also resides here in the form of Chintamani. Various forms of Ganesha have been described in the scriptures, In which Siddhi Vinayak, Chintamani Ganesha is also mentioned along with forms like Haramba Ganesha. According to the scriptures, Ganesha who has a weapon called Padma in his hand with his right nose and Riddhi Siddhi is seated is considered as Chintamani form. Mukti is obtained from these planets

Mars by darshan and worship of Chintamani form Ganesha, Get rid of the bad effects of Mercury and Ketu. People who court, the office, Police case, Such questions have to be faced, Chintamani worship of Ganesha is the best for them. He who defeats all obstacles and worries is also mentioned in Ganesha Purana as Chintamani Ganesha. Ganesha appeared from the mail

Today is Maghi Ganesh Chaturthi, That is, today Mother Parvati made Ganesha appear from her own body. Then today Mahakali which is the raudra form of Parvati Mata, Chintamani Ganesh who was sitting with him 17 Ganesh Yag has been organized in front of him who has been established in Vadodara since th century i.e. more than three hundred years. 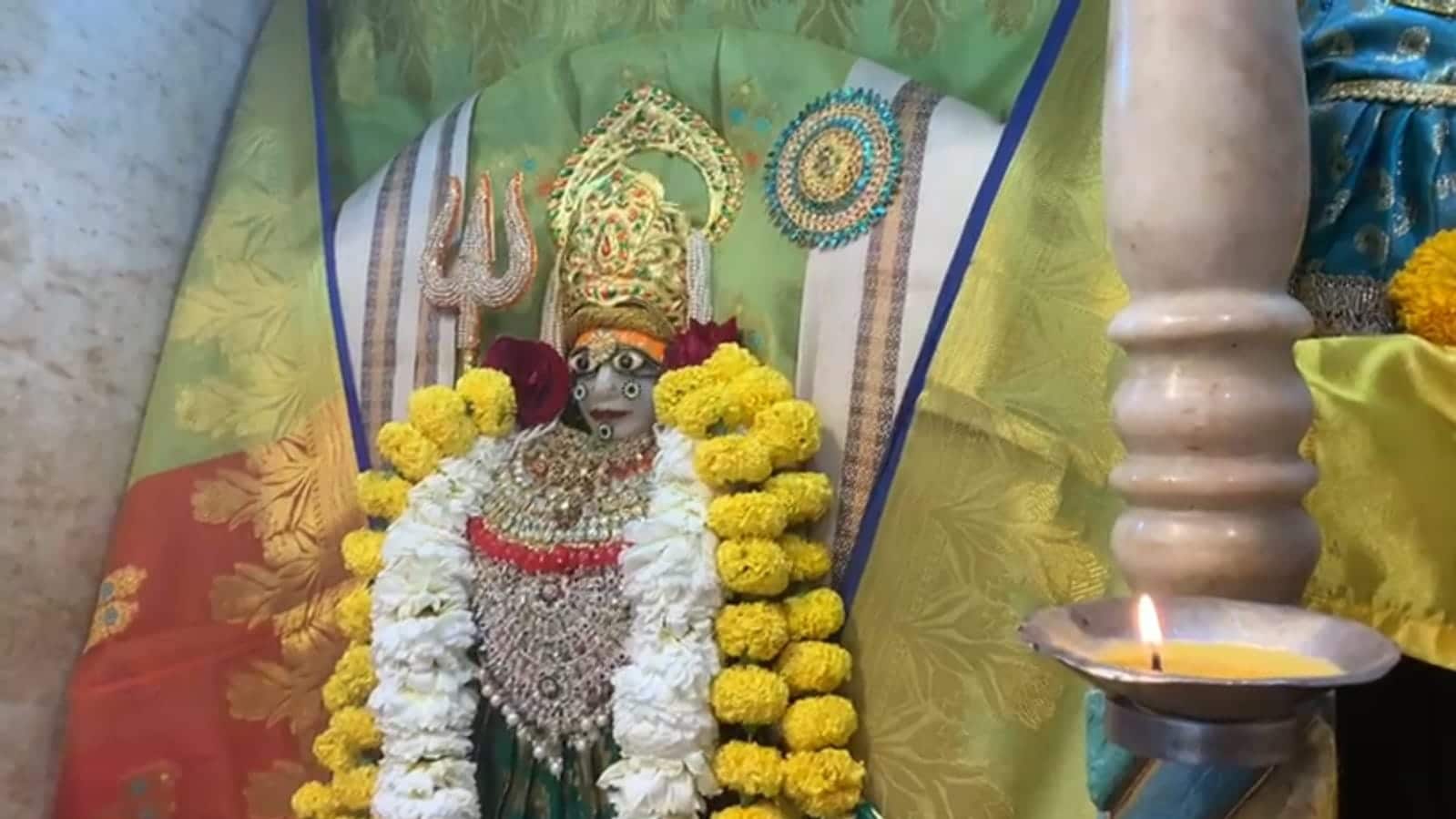 Here Gauri (Mahakali) and Ganesha are worshiped together

Vinayak Chaturthi of Ganesha, the god of wisdom, has come this time on Wednesday, Which is considered very auspicious. The priest of the temple, Hemant Maharaj, said about this, Ganesha’s grace has always been on the residents of Vadodara. There are many Ganesha temples in Vadodara and people have great faith in all these temples. Talking about Chintamani Ganesha sitting with Mahakali Mataji, another feature of this temple known as Ansh Pavagarh is that Gauri (Mahakali) and Ganesha are worshiped here together. So the combined grace of Gauri Ganesha is obtained.

from your city (Vadodara)

According to my grandfather, the then Mahant Shri of Mehral Ganesha Temple asked for this idol and asked for gold equal to the weight of the idol., But my grandfather denied this with folded hands, Because the importance of worshiping this pair of mother and son is special and breaking the pair of both is a great crime.On the day of Vinayaka Choth, Ganesh Yag started in the morning and in the evening 5 It will be completed at By this Ganesh Yag temple 100 It will be held for the first time in years.

Do you know what is special about Ailapur Sammakka Jatra?–...

NIA arrested one in detonator recovery case in Birbhum Pipa...

"Are deed registrations suspended in Ekanapuram area?" Information released in...

Heavy fire in a building in Jharkhand’s Dhanbad, many people...

6 deaths in a terrible collision between a bus and...

Do you know what is special about Ailapur Sammakka Jatra?– News18 Telugu Pipa News