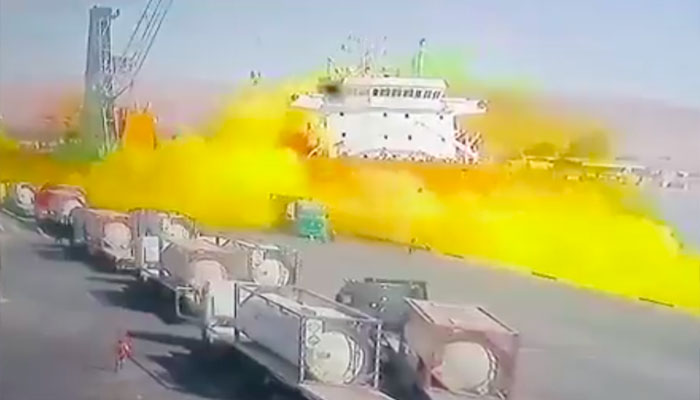 At least 10 people have been killed and 251 injured after a tanker leaked poisonous gas at the Jordanian port of Aqaba.

Government officials have instructed citizens to keep their windows closed and not to leave their homes.

According to Jordan’s state news agency, a tank full of deadly gas was being transported to the deck of the ship when it fell and exploded.

Planes have been sent to evacuate people from the port of Aqaba, while special teams are working to deal with the gas leak.

According to state TV, the Jordanian prime minister has also formed a special team to investigate the incident.

Military withdrawal from Afghanistan was a big mistake, the main reason for the failure of the Doha agreement: the former head of the US...

‘Keep explaining to the politicians, don’t bring the institutions under discussion’ – Public News

Desire for the post of Vice President of the Republic? Nitish denies BJP’s allegation

Ashish Shelar claims that the BJP will install a mayor in Mumbai to crack down on Uddhav Thackeray’s corrupt Shiv Sena.

reservoir-major-dams-level-today-august-12-2022-stg-mrq | Karnataka Dams Water Level: Do not go to the river bank when there is less rain; Millions of cusecs of...

Vajpayee’s statue got permission as soon as the government changed; The unveiling will be held in Kandivli – Marathi News | Atal...