Gujarat Chief Minister Bhupendra Patel along with his cabinet resigned

Chief Minister Bhupendra Patel has resigned after meeting the Governor. In which the Chief Minister and his cabinet have also resigned. And the caretaker will continue as Chief Minister. Harsh Sanghvi, Pankaj Desai are present on this occasion. Also, the swearing-in ceremony of the new Chief Minister is to be held on December 12. The Chief Minister and his cabinet resigned
It is worth mentioning that some old faces can be dropped in the cabinet. And some new faces may find a place in the cabinet. And the preparations for the swearing-in ceremony at the helipad ground of Gandhinagar have intensified. Chief Minister Bhupendra Patel and his cabinet today submitted their resignation to Governor Acharya Devvrat, the Chief Minister met Governor Devvrat and resigned. Also a proposal has been made to form a new government. The Chief Minister will take oath as the second Chief Minister of the state on December 12. A new government will be formed by dissolving the current assembly. The tenure of the current assembly is till January. Senior BJP leaders including Prime Minister Narendra Modi, Union Home Minister Amit Shah will be present in this swearing-in ceremony. 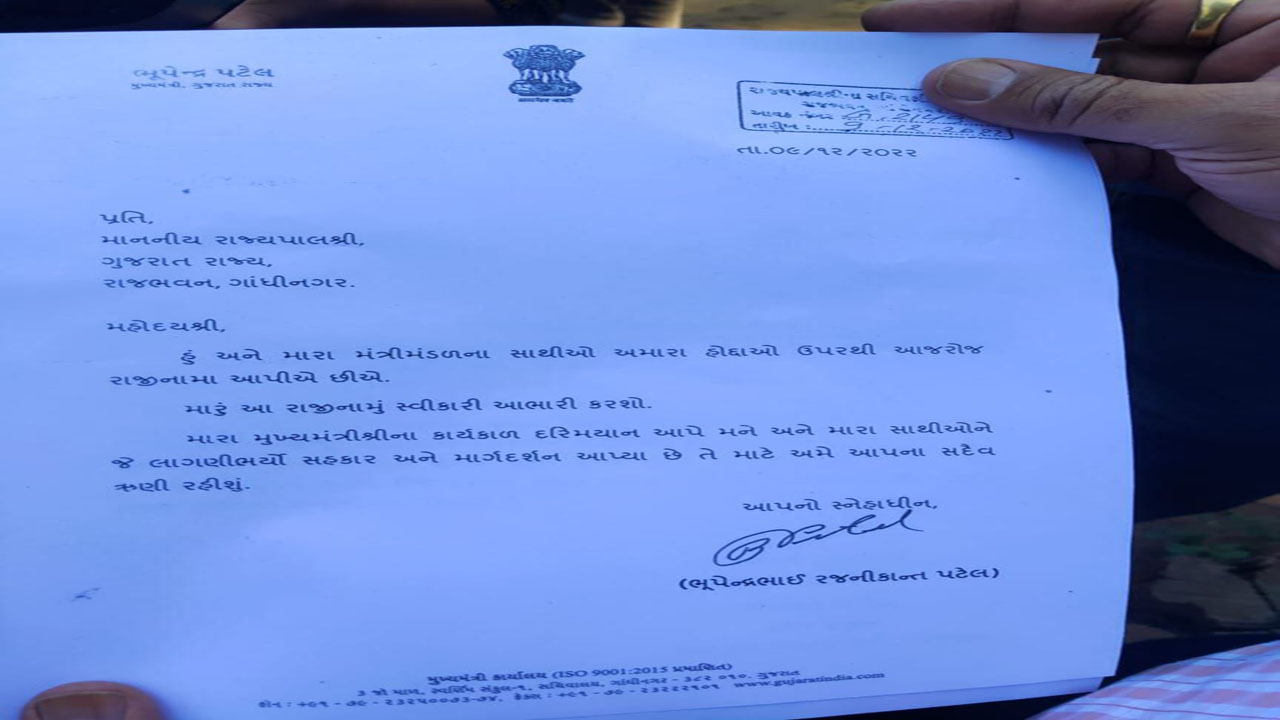 It is necessary to dissolve the assembly as the term is still pending
Young faces and women may get a place in the new cabinet of the BJP government. At present, the information about who is entrusted with what responsibility will be revealed in a short time.

The mother of the girlfriend who came suddenly! Tragedy...

Weather Update: Cold bite in Kolkata! In the meantime,...

vani jayaram passes away, Vani Jayaram, a banker, became a...

The bride’s ‘Wedding Cake Dress’ is a Guinness World Record!...

The mother of the girlfriend who came suddenly! Tragedy happened to the student who jumped down from the floor! Pipa News

Weather Update: Cold bite in Kolkata! In the meantime, a deep depression has formed in the Bay of Bengal Pipa News

The bail petitions of 7 accused were rejected by the court, 135 people were killed Pipa News