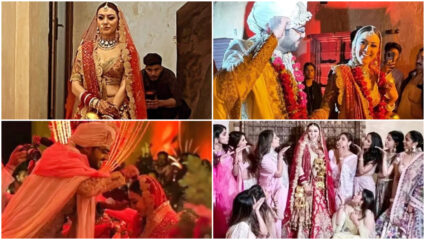 Mumbai : Hansika Motwani, the famous actress of South Cinema, has now become the business owner of Sohail Kathuria. The actress got married to Sohail Kathuria on 4th December at Mundota Fort, Jaipur, Rajasthan. Now his pictures and videos are becoming increasingly viral on social media platforms from his fan page. Which is very much liked by his fans.

In her wedding, Hansika Motwani was seen wearing a red colored lehenga and looked very beautiful with makeup. She was also seen carrying traditional jewellery. On the other hand, Sohail Kathuria also looked handsome in Sherwani. Please tell that no rituals were missed in Hansika Motwani’s wedding. There was a lot of fun in their marriage. At the same time, their pre-wedding rituals were no less, be it henna, turmeric or music. There was huge celebration in all. 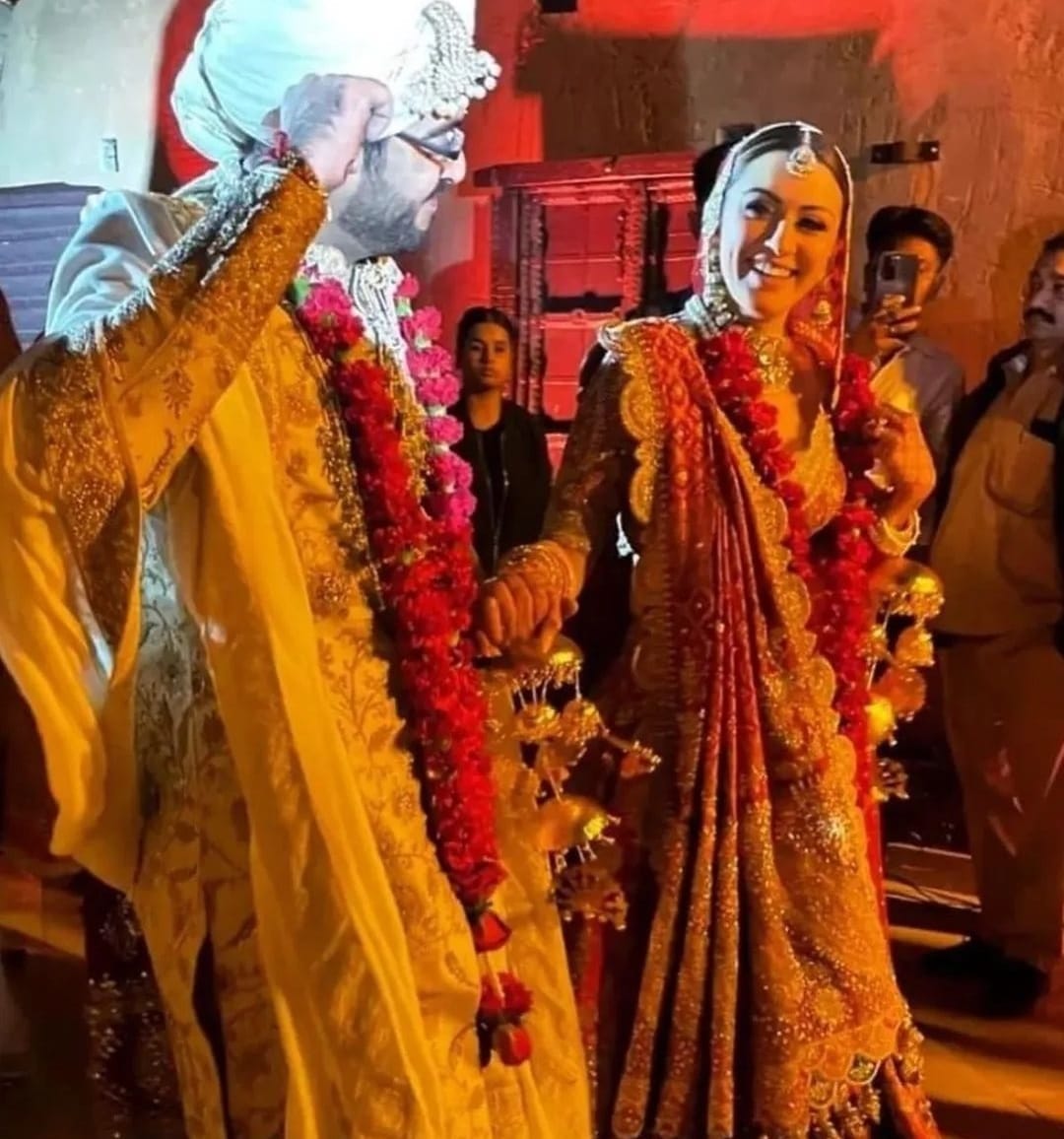 The actress also made a grand entry in her wedding mandap. After seeing which people found it difficult to take their eyes off. Let us tell you that the pre-wedding functions of Hansika Motwani started from December 2 itself.

Significantly, Sohail Kathuria had proposed Hansika Motwani in a very romantic way by sitting on his knees in front of the Eiffel Tower in Paris and wearing her a ring.

Whose pictures were shared by the actress herself on her Instagram account. It is known that Hansika Motwani is already the business partner of her husband Sohail Kathuria and now they have also become each other’s life partners.

Tamil Nadu government appeals in Supreme Court against removal of...

Twist in teacher’s murder case, Monika Jain was killed by...

I pray that God’s grace be with us all forever-Hemant...

Stop evictions in Kashmir, appeal to Indian government for amnesty ...

In front of Uddhav Thackeray, the debate between the deputy...

In front of Uddhav Thackeray, the debate between the deputy leaders erupted, they clashed with each other? What exactly happened? – Dispute...