Imran Khan is not accepting any situation, he wants to come among the people: Asad Umar Pipa News

Imran Khan is not accepting any situation, he wants to come among the people: Asad Umar 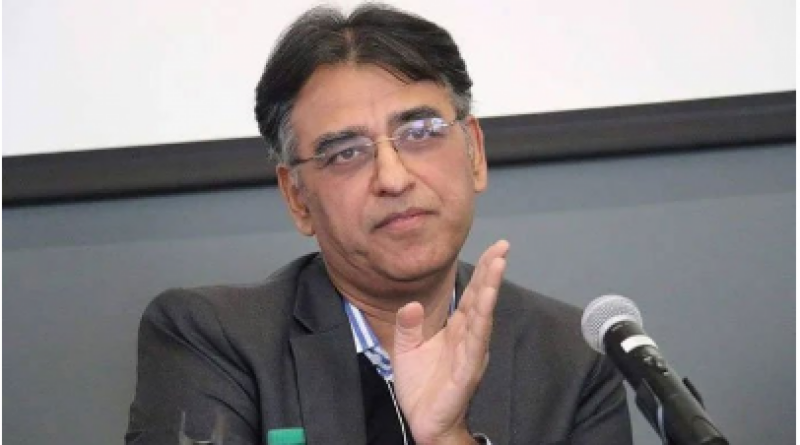 Tehreek-e-Insaf leader Asad Umar has said that people will start arriving in Rawalpindi from different areas. The nation has given a clear message that the nation will not accept slavery in any way. Asad Umar said that the Islamabad administration refused permission for the helicopter to land on the parade ground, people have started coming in more numbers than the target we had set, GHQ wrote. He said that we have no objection to holding a meeting in the parade ground, Rana Sanaullah also gave permission, but the Islamabad administration says that they will not allow the helicopter to land. The helicopter was refused permission to land on the parade ground. No reason is given because there can be none. The Islamabad administration is deliberately trying to increase the threat to Imran Khan’s life. A tent will be set up for the participants of the march. They want to come among the people, Imran Khan will announce the next action plan tomorrow. If anything happens to Imran Khan, the Deputy Commissioner will also be responsible. On the other hand, PTI has planned for the last stage of the movement against the government. TI convoys will reach Rawalpindi on November 25 and 26, PTI will leave for Rawalpindi in the form of convoys instead of Sherkareli, PTI convoys will leave from Lahore at 9 am on November 26, members of the National and Provincial Assembly. The ticket holders will depart in the form of caravans, the caravans will be led by the top leadership of Tehreek-e-Insaf Central Punjab, the caravans from southern Punjab and distant places will reach Rawalpindi on the evening of November 25. Tents will be set up

Vladimir Zelensky declared ‘the best person of the year’ in...

According to the order of the court, some schools of...