In case of drug dealer murder , his friends involved | Together with his comrades, a friend committed a ruthless murder, the kidnapping conspiracy hatched to dodge the police was revealed like this PiPa News 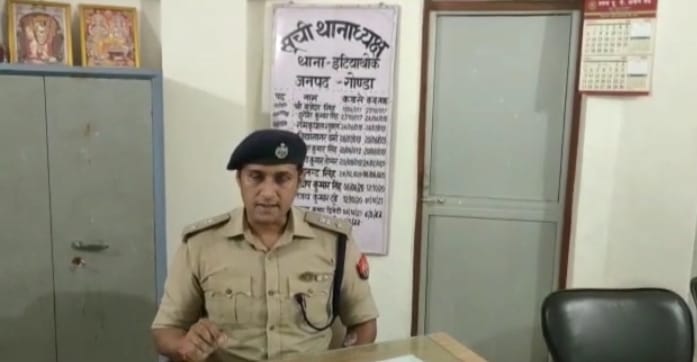 In case of drug dealer murder , his friends involved | Together with his comrades, a friend committed a ruthless murder, the kidnapping conspiracy hatched to dodge the police was revealed like this

Gonda together with his friends called his own friend and drank alcohol together, then brutally murdered the friend and hid the dead body in a pile of straw kept on his pedestal. After that by dialing 112 number himself, he created a kidnapping drama with the aim of dodging the police. Various speculations were being made regarding the incident.

Lalmani Vishwakarma, son of Dayaram Vishwakarma, resident of Ramvapur Nayak village of Itiyathok police station, used to shop for a medical store near Jogijot kiln in Dhanepur. On Monday evening, Nathuram Vishwakarma, a neighbor friend of his village called Lalmani, he reached there after closing the shop in the evening, it is alleged that he made him drink alcohol after sitting with him and then forcibly made a phone call from him and informed the wife about the kidnapping. The deceased called from his mobile number and told about himself being beaten up as well as kidnapped. And where is the point of killing him for not paying a ransom of four lakhs? After that the phone got switched off. At the same time, Nathuram along with his companions brutally murdered Lalmani 28 years old and hid the dead body in a pile of straw kept in his own cistern. Then in order to dodge the police, after meeting the family members, he himself called on dial 112 and spread false rumors of kidnapping. Due to the shop and the spot falling in different police station areas, the police remained entangled in the border dispute for a few hours. After the matter came to the notice of the higher officials of the police, the police started the investigation by registering an FIR of kidnapping at Itiathok police station on Tuesday. The police did not get any clue till 3 days after the incident. Then the police issued an appeal and announced the reward along with keeping the name and address of the informer confidential. But on Thursday evening, sensation spread in the village after the body of Lalmani was found in a hut, 200 meters away from the house. On information, the Superintendent of Police reached the spot with heavy police force and the investigation continued till late night. Disclosing the incident, Superintendent of Police Santosh Kumar Mishra said that on May 17, a case of kidnapping of Lalmani Vishwakarma was registered at Itiyathok police station. It was a murder incident, in which Lalmani’s neighbor friend Nathuram called after calling them and everyone drank alcohol together. After that, on the same day, he hid the dead body after killing it with his companions. To dodge the police, he himself called on dial 112 and gave false information about the kidnapping. He said that the incident has been fully exposed. All the associates of Nathuram are on the radar of the police. Soon everyone will be arrested and sent to jail. Others which are its facts. Everything will open as soon as the companions are caught.

PM Modi to leave for Germany, UAE today to meet leaders of 12 countries

Will Israeli scientists be able to rejuvenate the elderly?