India vs Bangladesh 3rd ODI: BCCI has announced the squad for the third ODI and many new faces have been included in the squad. 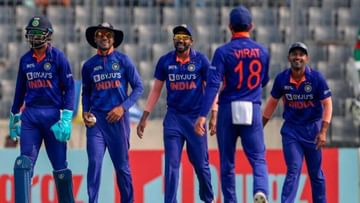 Team India, who are touring Bangladesh for the ODI and Test series, have already lost the ODI series by losing the first two matches of the ODI series played. Team India will now look to avoid the embarrassment of a clean sweep by winning the final ODI on Saturday. In the second ODI match, three players of the team, including captain Rohit Sharma, were injured. Therefore, it was said that other faces will get a chance in the team for the last ODI match. Accordingly, now the BCCI has announced the team for the third ODI match, many new faces have been allowed in the team.

Danger: Are those two cities another Joshimath? People in...

Danger: Are those two cities another Joshimath? People in fear Pipa News