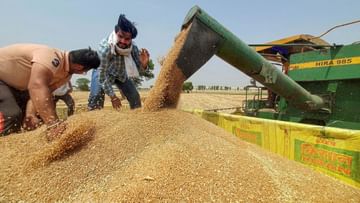 India has Bhutan has announced the export of 5000 metric tonnes of wheat and 10,000 metric tonnes of sugar. The Indian Embassy in Thimphu has given this information by issuing a statement. Earlier, India had banned the export of wheat and sugar to strengthen its food security. Let us tell you that Bhutan had requested the government from India for this. After this the Government of India agreed to this and decided to send wheat and sugar. Recently, in view of the food crisis, India had banned the export of both these things. However, even after the ban, in view of the grain crisis, India exported wheat to many countries.

Wheat and sugar crisis will be overcome in Bhutan

As a special gesture, India has authorized the export of 5000MT wheat & 10,000MT sugar to Bhutan, which were earlier restricted to strengthen India’s food security: Embassy of India, Thimphu pic.twitter.com/T5KLfdOgTT

Let us tell you that there is a friendly relationship between India and Bhutan. Accepting the request of the Government of Bhutan, India made this announcement. Even before this, the Government of India made many concessions for Bhutan. Bhutan completely depends on India in terms of food. Last year, Bhutan bought food grains worth $ 30.35 million from India. Bhutan exclusively buys wheat, rice and sugar from India. The economy of Bhutan had suffered a major setback after the Corona epidemic. He expected to export food grains from India.

Even after banning the export of wheat, India has exported 1.8 million tonnes of food grains to about a dozen countries including Bangladesh and Afghanistan. Union Food Secretary Sudhanshu Pandey had given this information last month. He said that under the commitment to export 50,000 tonnes, about 33,000 tonnes of wheat has been supplied to Afghanistan as humanitarian aid. He said that after regulation, in the current financial year till June 22, 18 lakh tonnes of wheat has been exported to Afghanistan, Bangladesh, Bhutan, Israel, Indonesia, Malaysia, Nepal, Oman, Philippines, Qatar, South Korea, Sri Lanka, Sudan, Switzerland, Thailand, Various countries including UAE, Vietnam and Yemen were carried out.