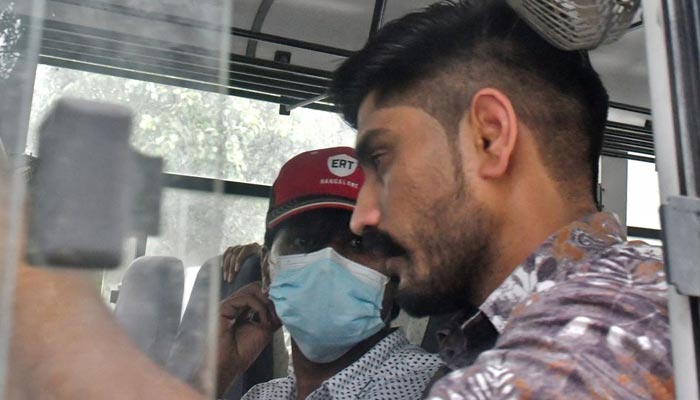 MUMBAI: An Indian court on Tuesday granted police four days to question a prominent journalist over a 2018 tweet in which he called “strained relations between the country’s majority Hindu population and the largely Muslim minority”. described as “highly stimulating”.

Mohd Zubair, co-founder of the fact-checking website Alt News And a vocal critic of Indian Prime Minister Narendra Modi was arrested on Monday after an anonymous Twitter user filed a complaint with the authorities over a four-year-old post.

Earlier this month, Zubair, who is a Muslim, drew attention to a provocative remark made on TV by a spokesperson of Modi’s ruling Hindu nationalist Bharatiya Janata Party (BJP) about Prophet Mohammad (PBUH).

Zubair’s tweet about the comment went viral with nearly half a million followers on Twitter. The BJP suspended the spokesperson for anti-Islamic remarks and expelled another official to quell domestic and international outrage.

Several Muslim countries with strategic interests in India filed complaints and at least two people were killed during protests in several parts of India. More than 400 people were arrested. BJP office bearers have not been arrested.

On Tuesday, Zubair appeared in a trial court in New Delhi.

His lawyer said the case was absurd as Zubair had used satire from a Hindi language film in his 2018 tweet and there was no evidence that he had hurt religious sentiments among Hindus.

“My client is being targeted for his work. He can challenge the powerful, but that cannot be a reason why he should be targeted,” said Vrinda Grover.

Officials of Delhi Police, Home Ministry and BJP declined to comment on the matter, as it was still going on in the courts.

Some opposition leaders and rights groups condemned Zubair’s arrest. Along with Prateek Sinha, is also the co-founder of Alt NewsHe was shortlisted for the Nobel Peace Prize this year.

Nirjhari Sinha, managing director, said, “It is quite clear that anyone who actively questions the actions of the Modi government or his party officials in a public forum can easily be imprisoned.” Alt News,

India was ranked 150th in the World Press Freedom Index of 180 countries compiled annually by Reporters Without Borders.

Nirjhari Sinha is a former scientist who, along with her late husband, fought several legal cases against Modi, who questioned his role in one of the worst religious riots in India in recent decades.

At least 2,000 people, mostly Muslims, were killed in the month-long riots after 59 Hindu pilgrims were killed in a train fire in Gujarat in 2002, the state then ruled by Modi.

Some Muslims see Zubair’s arrest as yet another attempt to marginalize his community, which comprises 13% of India’s 1.35 billion population.

In recent months, several Hindu groups have disputed the rights of Muslims to claim centuries-old mosques as their own and have pushed for the hijab to be banned in the classroom in some areas.

Critics say the BJP has turned a blind eye to potentially incendiary initiatives, but Modi and his party protest that Hindus get no preference and that the government’s reforms are designed to benefit all Indians.

In another case, social activist Teesta Setalvad was arrested over the weekend on suspicion of forging documents regarding the 2002 anti-Muslim riots.

Modi has always denied the allegations that he failed to stop them and was acquitted in a 2012 Supreme Court inquiry by the Indian Supreme Court. Last week, the Supreme Court dismissed another petition questioning his exemption.

Setalvad’s lawyer Somnath Vats said, “According to us, no offense has been committed by Setalvad and we will take all necessary legal action.”

Government officials and police declined to comment on his case.

Suspended Russian oil transit through Ukraine back to normal

Police give advice on how to stop porch piracy Pipa News

‘He who went to the ration shop did not come back’