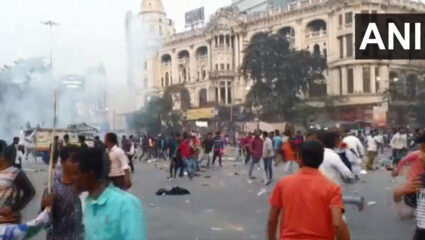 KolkataMembers of the Indian Secular Front (ISF), who were protesting in the Esplanade area of ​​central Kolkata, clashed with the police on Saturday. They were protesting against the Trinamool Congress attack on ISF workers in South 24 Parganas district.

Naushad Siddiqui, the lone ISF MLA who was leading the protest, was taken into custody, while several policemen and protesters were injured. A senior police officer said ISF workers blocked a main road in the heart of the city, following which the police requested them to clear the Jawaharlal Nehru Road and allow traffic.

However, the protesters refused to vacate the road and demanded that the criminals involved in the attack on its workers in Bhangar be arrested first.