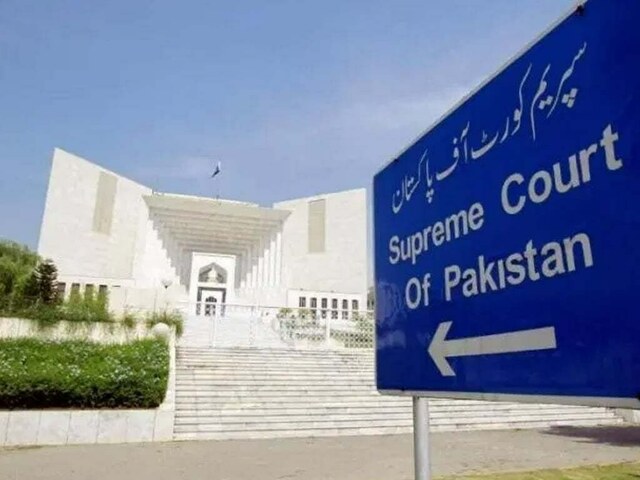 ISLAMABAD: The Supreme Court will hear on January 24 an appeal against the objections of the SC registrar’s office on a plea seeking directions for investigation to ascertain the truth about the letter about the “international conspiracy”.

Justice Sardar Tariq Masood will hear in chambers on Tuesday against the objections of the Registrar of the Supreme Court on senior advocate Zulfikar Ahmed Bhutta.

Zulfikar Ahmed had filed a petition in the Supreme Court under Article 184(3) of the Constitution in March last year, and had cited the Union through the Secretary, Department of Law and Justice, as respondent.

Former Prime Minister Imran Khan, while addressing a public rally of Pakistan Tehreek-e-Insaf (PTI) on March 27, 2022, takes out a piece of paper from his pocket and waves it towards the crowd, claiming it is “a proof”. Is. An international conspiracy is being hatched to topple his government.

IK claims, no one is ready to give funds to Pakistan

The Pakistan Democratic Movement, a coalition of political parties that are now in government, believes that the former prime minister used the letter as a pretext to lure government allies and PTI dissidents before a no-confidence motion against him. used.

The petitioner said that an “extraordinary situation” had created a law and order situation in the country by creating hatred against friendly countries. He said that the situation required immediate steps to reduce the “mental agony” of ordinary Pakistanis due to this development.

The petitioner prays that the respondent may be directed to give the ‘letter’ to the civil and military authorities concerned to inquire into this threat/letter. The PTI government said on 30 March that it intended to take the issue to the apex court, and claimed that PML-N supreme leader Nawaz Sharif was part of the conspiracy.