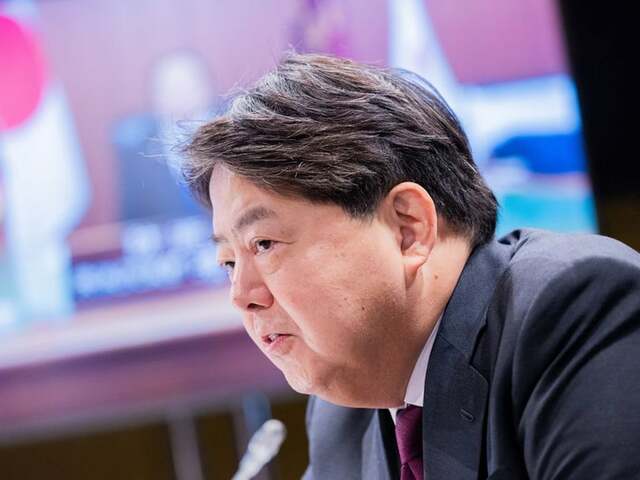 TOKYO: Japan will use its turn in a leadership role at the Group of Seven and the United Nations next year to pressure Russia to end its war in Ukraine, Japanese Foreign Minister Yoshimasa Hayashi said. reuters Next convention.

“Russia’s ongoing aggression against Ukraine is a clear violation of international law. It is an unacceptable and dishonorable act that threatens the foundations of the international order,” Hayashi said.

Japanese leaders have said that Russia’s invasion of Ukraine is a challenge to their own national security, and they fear it could encourage North Korea to further threaten its neighbors and expand its military presence in the South China Sea and East Asia. May encourage China to use military force to further its territorial ambitions. Including against nearby Taiwan.

Japan’s presidency of the G7 industrial democracies in 2023 and its return to a two-year term as a non-permanent Security Council member will give it a more exclusive international platform to express its concerns.

In October, the G7 committed to provide financial, humanitarian, military, diplomatic and legal assistance to Ukraine for as long as necessary. Hayashi said Japan would work to keep the group together.

In May next year, Prime Minister Fumio Kishida will host G7 leaders in Hiroshima for a summit that is expected to focus on the dangers posed by nuclear weapons.

Hayashi also reiterated that Japan will make a new effort next year to reform the United Nations to deal with a “useless” Security Council that has failed to address Russia’s aggression in Ukraine.

Japan, which is the third largest contributor to the UN budget, and is still designated by the UN as an “enemy state”, along with other nations defeated in World War Two, has advocated for expansion of the 15-member council, including the first addition of permanent seats since its construction nearly eight decades ago.

“We want to further strengthen the movement to reform the United Nations,” Hayashi told Reuters.

“Since the beginning of the United Nations, membership has not changed. It should reflect the current state of the world, not 1945,” he said.

Such reforms would prove a formidable challenge given Russia and China’s veto on decisions, a privilege they enjoy along with the United States, Britain and France.

However, the effort could increase pressure on Moscow over its “special military operation” in Ukraine.

Hayashi said frustration was growing among the 193 UN members. After Russia invaded Ukraine, nearly three-quarters of the General Assembly voted to condemn it.

To see reuters The next conference will be live on 30th November and 1st December, please click here.

Environment Canada issues freezing rain warning for much of the...

Exclusive Sanam Saeed on reuniting with Fawad Khan for...

pune news | The issue of Haffkine Colony is in the court of the state government, MLA Anna Bansode met the Minister of...

Shameful! Grandfather raped one and a half year old granddaughter, arrested Pipa News