Karachi: 4 people who came to Hawke’s Bay for a picnic drowned 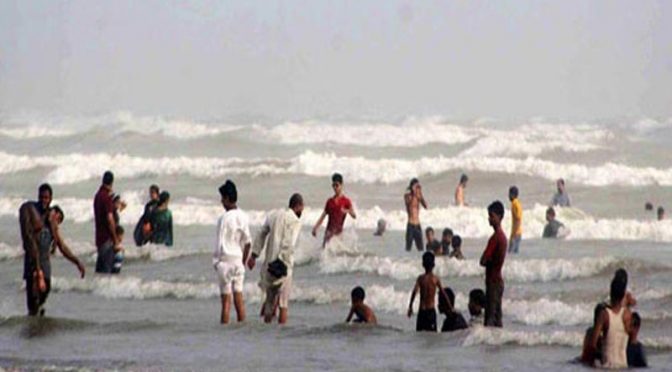 Karachi: (Web Desk) Despite the ban on bathing in the sea of ​​Karachi, 6 youths drowned. The bodies of two people who drowned at Sands Pit have been recovered, four more people drowned at Turtle Beach.
Violation of Section 144 continues in Karachi. Despite the ban on bathing in the sea, the beach continues to be crowded. Two youths, residents of Inda Mor, North Karachi, drowned on the sandpit yesterday, whose bodies were recovered by the Edhi Marine team late at night.
A further four people drowned this morning in Hawke’s Bay on a picnic with friends. The bodies of two of them were taken out and transferred to Civil Hospital, while the search for two more is ongoing. According to Edhi officials, the drowned persons are residents of Liaquatabad Sindhi Hotel.

Ishaq Dar will leave for Pakistan along with the Prime...

The power plant from India came as per Imran Govt...

At whose behest and what negotiations are taking place with...

The teacher removed the student’s school uniform, made her stand in her underwear for 2 hours Pipa News