Maharashtra Politics: “Modiji took a picture of a cheetah, but come to Shivtirtha on October 5 to take a picture of a tiger” – Marathi News | shiv sainik challenged to pm modi to come to mumbai for shiv sena dasara melava on shivtirth shivaji park Pipa News

Maharashtra Politics: “Modiji took a picture of a cheetah, but come to Shivtirtha on October 5 to take a picture of a tiger” – Marathi News | shiv sainik challenged to pm modi to come to mumbai for shiv sena dasara melava on shivtirth shivaji park 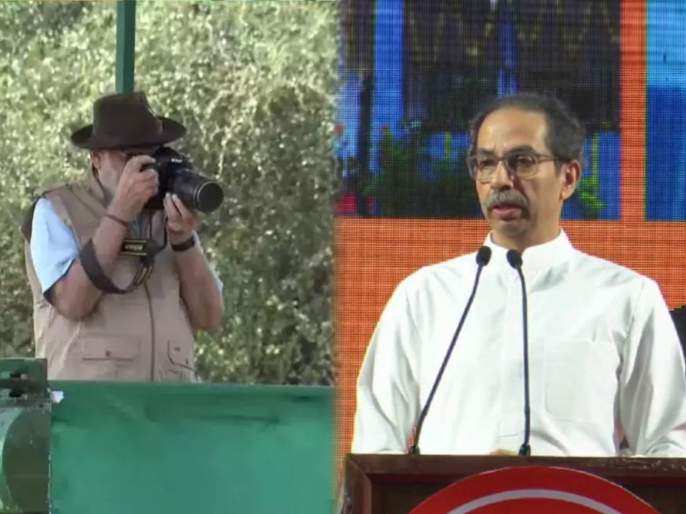 Maharashtra Politics: After the Bombay High Court granted permission to the Uddhav Thackeray group to hold a Dussehra gathering at Shivaji Park, Shiv Sainiks across the state cheered in large numbers. A large number of Shiv Sainiks had gathered at the Shiv Sena Bhavan. After the decision of the Bombay High Court, the Shiv Sainiks have been celebrating outside the Shiv Sena Bhavan and throwing each other’s shoulders. This time, Shiv Sena’s tigress has challenged Prime Minister Narendra Modi. PM Modi went to another state to photograph cheetahs. Now come to Shivtirtha on Dussehra to take pictures of the tiger, this woman Shiv Sainika has said.

The High Court has imposed a condition on the Uddhav Thackeray group, warning that if found guilty, it will be a reason to deny permission next time. He assured to maintain law and order while giving permission to hold Dussehra gathering at Shivaji Park. Take responsibility that law and order problem does not arise. The police will shoot the video. The court said that if any incident takes place and the petitioners are found responsible for any incident, it may be a reason to deny them a Dussehra gathering there in future. In this, a Shiv Sainik has directly challenged Prime Minister Modi to come to Shivtirtha for Dussehra gathering.

The High Court’s verdict breathed life into the Shiv Sainiks

Bombay High Court verdict in favor of Shiv Sena is a breath of life among Shiv Sainiks. I would like to invite Prime Minister Narendra Modi to go to another state to photograph a cheetah. Now come to Shivtirtha in Mumbai to take tiger photo. This lady Shiv Sainik said that you will not fit in the lens of your camera, but take a photo of so many zealous and loyal people. At this time, he also expressed his belief that Shiv Sena loyalists are on the side of Shiv Sena chief Uddhav Thackeray. In our rural areas it is said that politicians should seek the blessings of the people. Do not underestimate the masses. Eknath Shinde did exactly that. You visited Pandharpura, but Vithurai left us. This young Shiv Sainik gave an aggressive reaction that Shiv Sena is our sahib, not someone’s father.

Meanwhile, this is a victory for Uddhav Thackeray’s patience. Uddhav Thackeray used to politely say. Dussehra Mela will be held at Shivaji Park. This confidence could be seen from time to time. This is the victory of our tradition, Balasaheb Thackeray’s rites and the Shiv Sainiks who are loyal to Matoshree, said MP Arvind Sawant.

global recession, global economy on the brink of recession? ...

World Tourism Day 2022 Tourism is a major contributor to...

‘Modi ji has started a competition for ‘naming’ of ‘cheetahs’...

Pending petitions including marriage allowance, pension should be resolved within...

global recession, global economy on the brink of recession? These figures give a warning, read and be careful – have we reached at...

After killing his wife in Lahore, the husband committed suicide by turning a knife on his throat Pipa News

NASA Dart: why a spacecraft was sent to an asteroid Pipa News