He attributes his success to his wife Priscilla Chan. One of the richest people in the world, Mark Zuckerberg, recently posted a post on Facebook in which he shared a good news. 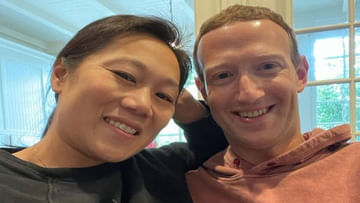 In a recently posted Facebook post, Mark Zuckerberg has shared a photo with his wife Priscilla Chan. He is looking very happy in it. His caption reads, “Lots of love to all, happy to say that Max and August will be getting a little sister next year.” Let it be known that Max and August are the first 2 children of Mark Zuckerberg and Priscilla Chan.

Along with this post of his, millions of people from all over the world wished him for this happy news. People from commoners to big celebrities all over the world have wished them well in advance for their new child. Mark Zuckerberg and Priscilla’s first 2 children are also daughters, named Max and August as mentioned earlier. Next year, they will become parents of their third child. In that Facebook post of his, people expressed their happiness by giving many reactions.