Abhirup Das: I don’t remember anything. Home address, husband’s mobile number, sister’s birthday, name of own school – all completely disappeared from the brain. Even if you ask the name, sometimes you look at the falafel. Doctors are relying on music therapy to restore memory in people with Alzheimer’s. According to doctors, it works like magic.

Ganga Ghosh, a resident of Cooch Behar, was diagnosed by the doctor as hearing the sound of dhaka during the puja. He said, in the atmosphere of Puja, when the well-known drum of dhaka enters the ears of the musician, he will remember the Puja days of his childhood. Gangadevi’s husband Ratan Ghosh, a primary school teacher by profession, said that his wife does not remember anything. Even, Akshar forgets the familiar street to come home. Searched YouTube and found the Institute of Neuro Science (Institute of Neuro Science). Participated in Alzheimer’s Day workshop.

According to recent data, the number of people suffering from dementia in India is about 38 lakh. According to doctors, by the year 2050 more than 1 crore 14 lakh people will suffer from dementia in India. The situation in Bengal is also similar. Fortis Hospital Dr. Sanjay Garg said that the average life expectancy of people has increased due to the improvement of medicine. Dementia is naturally increasing. As we age, the nerve cells begin to degenerate. In some cases, neurological disorders and memory problems may occur. This is dementia in medical terms. Alzheimer’s is the only cause of this dementia. 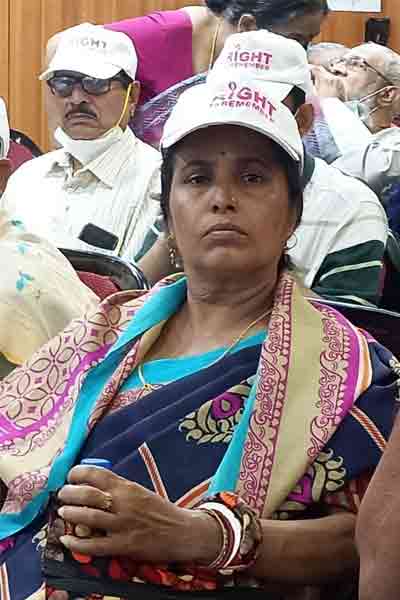 And behind Alzheimer’s? According to the doctors, Alzheimer’s is caused by the excess of some abnormal proteins around the brain cells. One such protein is amyloid. which forms the outer lining of brain cells. Another enemy is protein. which creates tangles between brain cells. How to bring back the memories of Puja cover? Dr. According to Siddharth Shankar Anand, the work that music therapy does in the treatment of dementia is called the Mozart effect. Whenever we hear a sound it causes vibration in the temporal lobe. From there it comes to the temporal association area. An emotional moment is created.

Then any music comes to the parietal cortex and frontal cortex areas of the brain. Here the patient can understand the lyrics and the music separately. This is how old days come to mind. Dr. was present at the event on the occasion of World Alzheimer’s Day at the Institute of Neuroscience. Siddharth Shankar Anand, State Deputy Director Dr. Devashis Halder (Mental Health). Dr. Debashis Halder said, it is very necessary to make people aware about Alzheimer’s. The sooner treatment can be started, the better for the patient.

Bhupa who asked the lady officer’s personal matter under RTI! Kola to the one who asked how much Madve, with whom is the...