My name was added to the Economic Advisory Council without asking me: Khurram Hussain 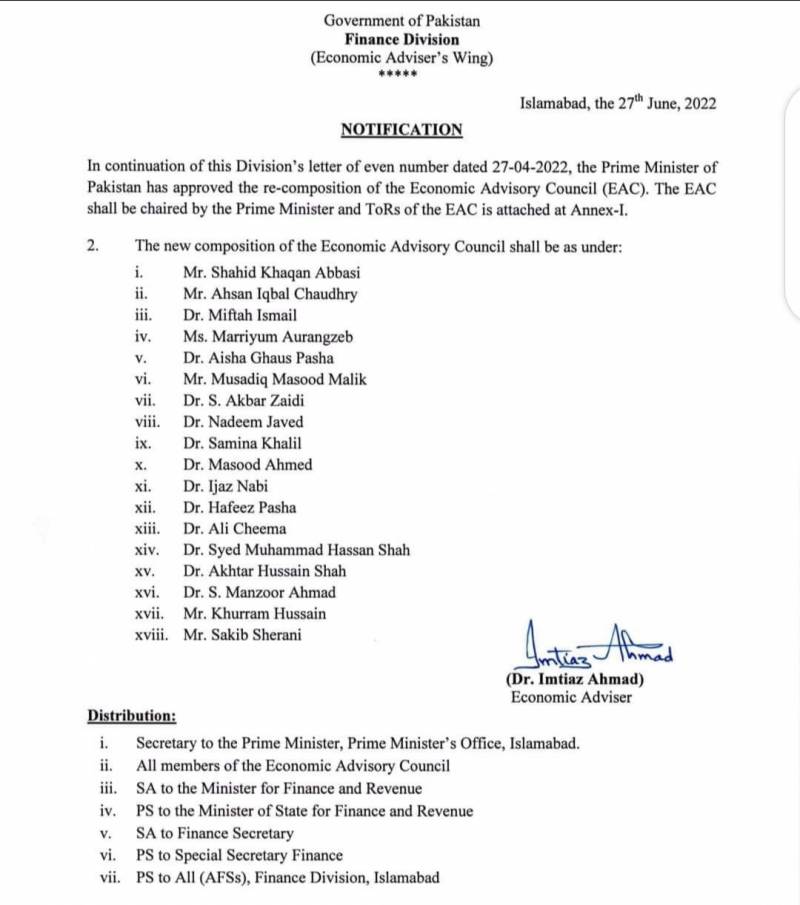 Khurram Hussain tweeted that he did not wish for the role and that he would not serve as a member of the Economic Advisory Council. I will continue to advise the government to improve the economy through my journalism.

My name has been added to the list of people on the Economic Advisory Council without my knowledge or my consent. Want to confirm that I did not seek this role, nor will I be taking it up.

All the advice I have to give to any govt is done thru my journalism.

It should be noted that Prime Minister Shahbaz Sharif has today formed a new 18-member Economic Advisory Council in which the name of Khurram Hussain has also been included.

Military withdrawal from Afghanistan was a big mistake, the main reason for the failure of the Doha agreement: the former head of the US...

‘Keep explaining to the politicians, don’t bring the institutions under discussion’ – Public News

Another success of Pakistani athlete Arshad Nadeem made the country famous

If there is determination, all disabilities and constraints become helpless: Pakistani diplomat

Unsurprisingly Boris Johnson Has Not Returned My Calls Rishi Sunak