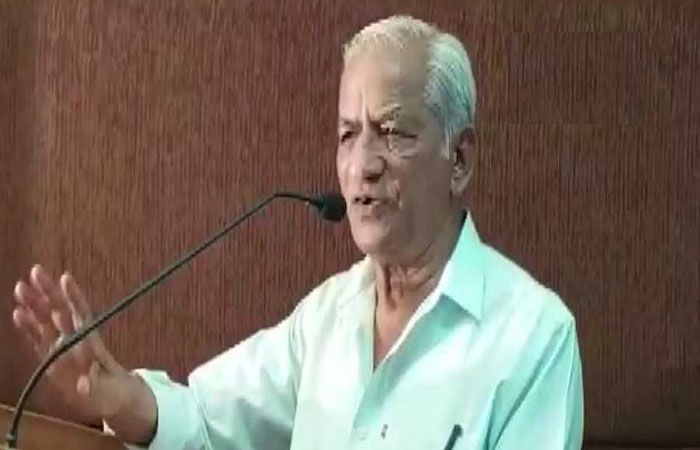 – Even in 2019, KS Bhagwan made a similar claim that Lord Ram used to consume intoxicants.

Kannada writer and retired professor KS Bhagwan has made objectionable comments about Lord Sri Rama. He said that Ram used to sit with Sita in the afternoon and drink alone at night. He sent his wife Sita to the forest and did not even care about her. He cut off the head of Shudra Shambuk who was sitting under a tree doing penance. How can it be ideal?

KS Bhagwan in Mandya in Karnataka has made very objectionable comments on Lord Sriram. Speaking at a program on Friday, KS Bhagwan said that there is talk of creating a Ram Rajya… Reading the Uttarkanda of Valmiki Ramayana reveals that (Lord) Ram was not ideal. He did not rule for 11,000 years but only for 11 years.

He further said that Ram used to sit with Sita in the afternoon and drink alone at night. After this statement of Professor KS Bhagwan, people criticized him on social media and said, can he say such things in other religions? Everyone speaks falsely only about Lord Rama.

Karnataka BJP is very angry on this statement of KS Bhagwan. Vivek Reddy, a leader of the party, said that such people should be socially ostracized. The author’s statement shows his mindset.

Even earlier, Lord Ram had given a controversial statement

This is not the first time that Professor KS Bhagwan has made a controversial comment on Lord Rama. Even in 2019, he made a similar claim that Lord Ram used to consume intoxicants and also used to make Sita drink. He has been constantly targeted by right-wing groups for his controversial statements.