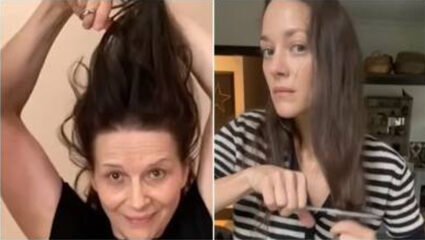 Paris. French celebrities including Oscar-winning actresses Marion Cotillard and Juliette Binoche cut their hair on Wednesday in support of the ongoing protests in Iran. He also shared its video on social media. Binoche cut his hair and said, “For freedom.” After this he waved his cut hair in the air.

Some protesters cut their hair and waved it in the air in protest, after which it became a series. Cotillard, Binoche and dozens of other women posted a video of themselves cutting their hair on Instagram. (agency)

IND vs BAN: When will India’s second must-win ODI be...

Resident of Krishna district doing mobile popcorn business with an...

Former Chief Minister Jayalalithaa, a female personality who proved that...

The Delhi Municipal Corporation elections are over, the counting of...

Former Chief Minister Jayalalithaa, a female personality who proved that she can work even if she is brave: Praise for Tamilisai..! Pipa News