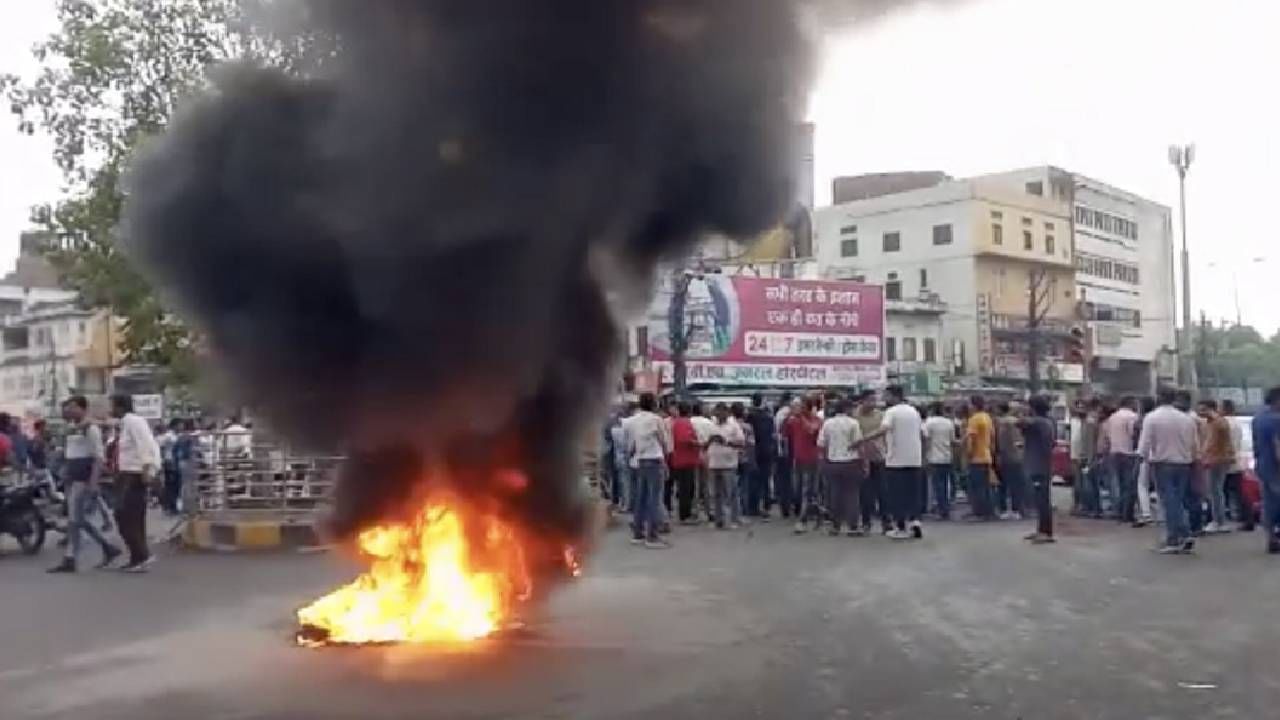 After the murder of the tailor in Udaipur, there was a ruckus in many areas, in view of which the administration has imposed Section 144. ,

Rajasthan Director General of Police ML Lather told reporters on Wednesday that one of the two main accused has links with Karachi-based Islamic organization Dawat-e-Islami and had gone to Karachi in 2014. Which Pakistan has rejected.

The case of murder of Kanhaiyalal, who worked as a tailor in Udaipur, came to light on the previous day. After carrying out this incident, both the youths had posted the video. Since then the whole country is shocked. There is anger and resentment in everyone’s mind regarding this matter. So at the same time, there is talk of an accused being related to an Islamic organization of Pakistan in this case. Pakistan’s Foreign Office has denied such allegations late on Wednesday. Pakistan’s Foreign Ministry on Wednesday rubbished reports that one of the accused in the brutal murder of a tailor in Udaipur had no links with the Karachi-based Islamist outfit.

In Udaipur, Rajasthan, two men named Riyaz Akhtari and Ghaus Mohammad killed a tailor worker Kanhaiya Lal on Tuesday and posted a video saying that he has avenged the insult to Islam.

Claims to be related to Islamic organization Dawat-e-Islami

Rajasthan Director General of Police ML Lather told reporters on Wednesday that one of the two main accused has links with Karachi-based Islamic organization Dawat-e-Islami and had gone to Karachi in 2014. On this, the Pakistani Foreign Office has issued a statement saying that it has seen a report in a section of the Indian media related to the murder incident in Udaipur, in which the accused persons are said to be associated with an organization in Pakistan. The Pakistani Foreign Office has said that we categorically reject any such allegation which is an attempt by New Delhi to defame the country (Pakistan).

The National Investigation Agency (NIA) has started the investigation into the murder of a tailor in Udaipur’s Rajasthan. The NIA on Wednesday registered a case under the Anti-Terrorism Unlawful Activities (Prevention) Act. The investigating agency has said that the accused wanted to spread terror among the public across the country. An agency spokesperson said that NIA teams have reached Udaipur and they have started necessary action for speedy investigation of the case.

The NIA has issued a statement saying that the persons accused of the tailor’s murder, taking responsibility for the murder, had also posted a video of the criminal act on social media so as to spread panic among the people across the country. He said that a case has been registered under various sections of the Indian Penal Code and the Unlawful Activities (Prevention) Act. In connection with this incident, initially a case was registered at Dhanmandi police station in Udaipur.