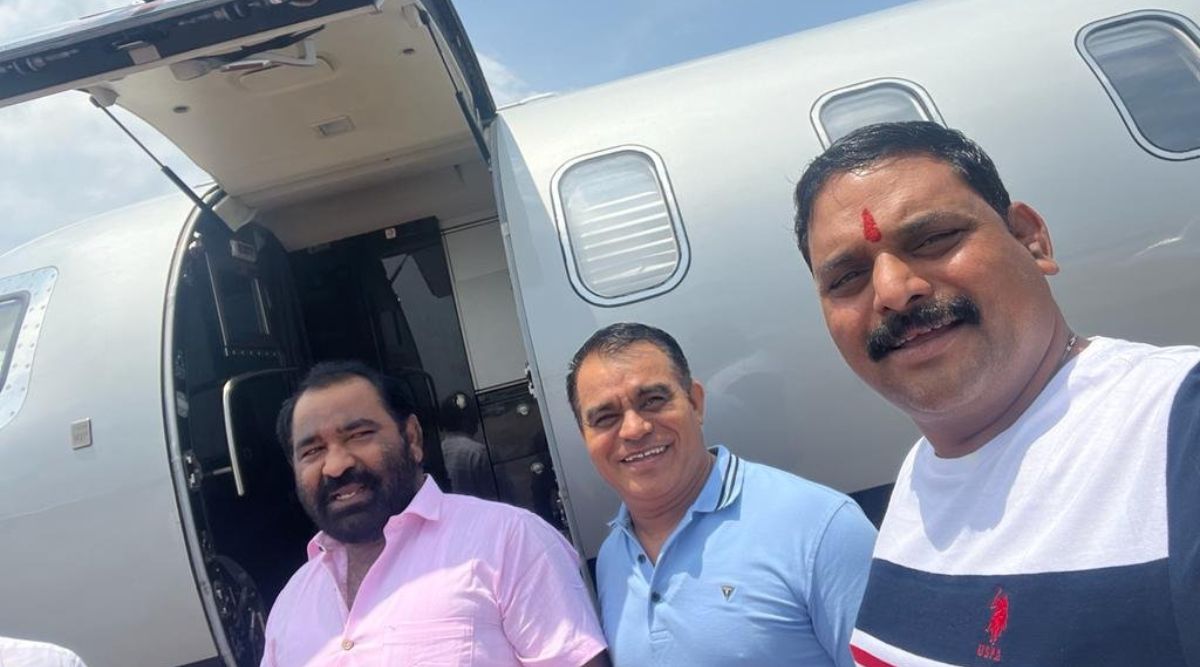 Amidst the ongoing turmoil in Maharashtra politics, Nitin Deshmukh, who was among the rebel MLAs of Shiv Sena, changed sides and said that he is a soldier of Uddhav Sena. The MLA said that he was forcibly taken to Surat and has barely escaped to reach Mumbai. On this, Eknath Shinde’s army retaliated and responded to the allegations of Nitin Deshmukh by releasing the photo.

MLA Nitin Deshmukh made serious allegations against Eknath Shinde saying that he was kidnapped in Surat and he has somehow escaped from there. After these allegations, Shinde faction has released some pictures of Nitin Deshmukh. In one of these pictures, Deshmukh is sitting in a chartered plane with other MLAs. In the second photo, he is taking a selfie with party mates.

300-350 policemen were keeping watch: Nitin Deshmukh said, “We were forcibly taken to Surat, I tried to run away but were caught by Surat police. Despite no problems, the doctors told me that I had a heart attack. 300-350 policemen were keeping an eye on us.” He said, “Before me, MLA Prakash Abitkar tried to leave from there but he could not succeed. As soon as we reached the hotel in Surat, we came to know about the conspiracy against the MVA government.”

Wife had complained about missing: Earlier, Nitin Deshmukh’s wife Pranjali Nitin Deshmukh had lodged a police complaint about her husband’s disappearance. He had said that when the elections were held and before boarding the train, he spoke to me that he was leaving for Akola, but there was no contact since night. His mobile is also switched off, so complaint has been lodged.

Many MPs may join Shinde faction: On the other hand, after bringing in a large number of Shiv Sena MLAs, rebel leader Eknath Shinde has made a list of at least 400 former councilors and some MPs who are expected to go in his favour. According to sources, Eknath Shinde’s son Shrikant, who is an MP from Kalyan, can also join his father’s faction. Apart from this, many Lok Sabha MPs are also ready to join the Shinde faction.

A prominent BJP leader from Maharashtra said, “We have information that 14 to 15 MPs are going to join the Shinde faction. Most of them have been elected because of PM Modi’s charisma and they are afraid that they will not get elected next time so all MPs will come with the Shinde group.”

Alia Bhatt Pregnancy: Alia Bhatt is pregnant but Deepika Padukone is a troll, but why? Look at these funny memes

Maharashtra Political Crisis: BJP’s core committee meeting over, will it propose no-confidence motion? This statement was given by Mungantiwar . BJP’s...

Friends who were hurt in the wedding .. 50 lakh defamation suit against the groom .. If the reason is known, they will be...

Weather likely to remain clear in Jammu and Kashmir

Ruckus in Bihar Assembly against Agneepath, proceedings had to be adjourned due to opposition’s protest

Imran Khan to protest against imported government on July 2