PM saddened for putting burden of inflation on shoulders of people 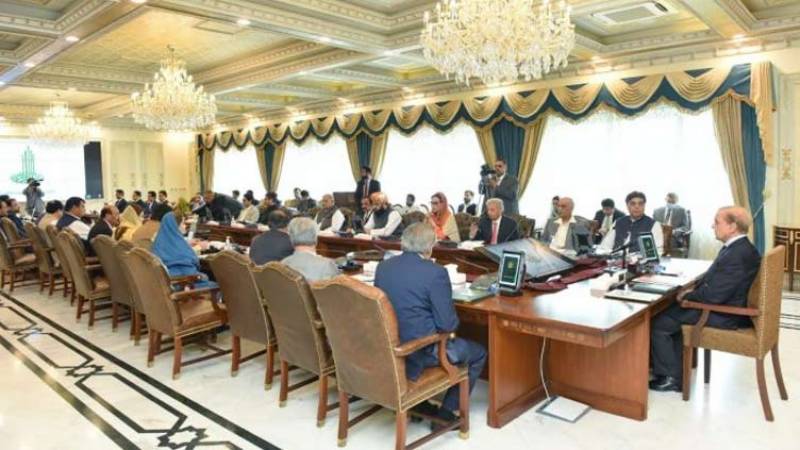 Prime Minister Shehbaz Sharif on Wednesday expressed sadness for putting a huge burden of inflation on the shoulders of the people even though the government was not responsible for it.

Speaking in the federal cabinet meeting on Wednesday, he congratulated Ishaq Dar on taking over the portfolio of the finance ministry on behalf of himself and all the cabinet members. “He is an experienced and seasoned politician, we all pray for his success,” he said and added that he has successfully held the portfolio of the finance ministry in the past.

He and the cabinet expressed their gratitude to the French government and the French ambassador in Pakistan for the provision of pumps. The premier also praised the Ministry of Poverty Alleviation and Social Safety over the distribution of Rs50 billion among 2 million families under the Prime Minister’s Flood Relief cash program through the Benazir Income Support Programme.

He further stressed that the cabinet should be apprised of the steps taken to resolve any future complaints during the distribution phase.

Moreover, the prime minister stressed that transparency was an important element of the flood relief cash program which was being ensured by the federal government.

The federal cabinet in its meeting approved a comprehensive strategy over the present and future ‘Bilateral Investment Treaty (BIT)/Treaties with Investment Provisions (TIPs)’ on the recommendation of Board of Investment and its decision taken on 27-07-2021. In this regard, three main treaties were of utmost importance.

The prime minister said that a complete, comprehensive and permanent strategy over the treaties with different countries was vital for the promotion of investment in Pakistan. He directed for its promulgation and implementation on priority basis.

The federal cabinet also approved in principle the formation of a steering committee under the Living Indus Initiative upon the recommendation of the ministry of climate change. The committee would be comprising the federal ministries, provincial governments, Azad Kashmir and Gilgit Baltistan.

The cabinet emphasized that inclusion of suggestions from the parliament regarding Living Indus Initiative was very significant. Moreover, at the grassroots level, awareness must be created about the initiative through inclusion in the educational syllabus.

The proposed initiatives, would ensure the construction of infrastructure and adaptation regarding protection of the natural resources linked with the river Indus and other connected rivers and the economic activities, thus protecting them from the future climate changes.