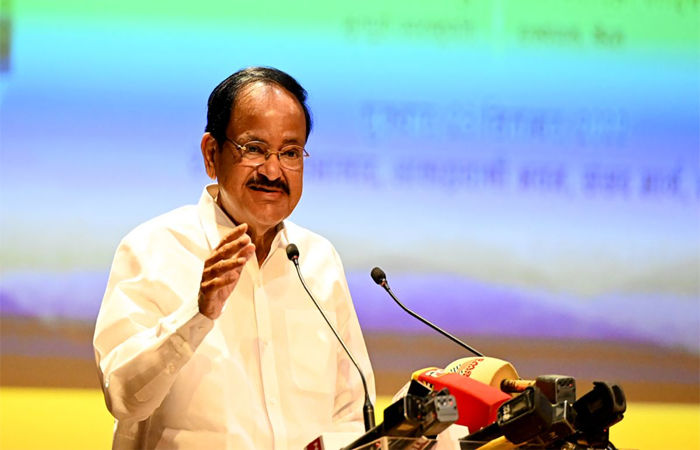 However, Naidu in his speech also appreciated the achievements of the Prime Minister in various fields like health, foreign policy, technology and also said that the world has come to know India in the true sense today. India is now becoming a factor to be reckoned with and its voice is being heard all over the world and that too in such a short span of time it is no ordinary thing. All this has been achieved only because of the steps taken by them, said Vainkyah Naidu at the release of ‘Sabka Saath Sabka Vikas’ published by the Publications Department of the Government of India.

Along with this, Naidu also advised the opposition that they should also keep an open mind. You all should understand that we are competitors, not enemies, each party should obey each other, the post of Prime Minister, the post of President, the post of Vice President and also the posts of Chief Ministers should be respected. All this should be kept in mind.

Kerala Governor Arif Mohammad Khan, who was present on the occasion, praised the Prime Minister’s move to eliminate the practice of ‘triple talaq’ prevalent among Muslims, saying that Muslim women have thus got true justice. Jawaharlal Nehru understood that but could not take a decision. Modi has taken that step with courage.

The written exam for 2nd level constables has started all...

BJP shared another video of Satyendra Jain, 10 employees in...

Pakistan’s ‘evil’ drone shot down near the border, infiltrators chased...

Corona started wreaking havoc with the knock of winter in...