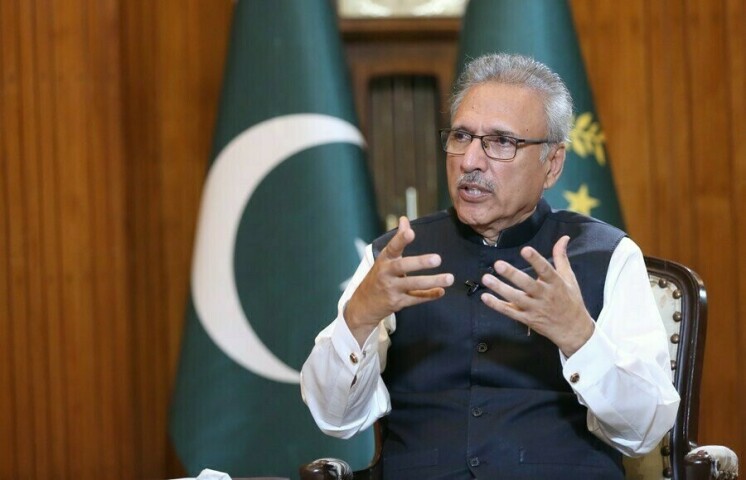 President Dr. Arif Alvi expressed concern over the incidents of audio leaks and said that leaking of private conversations falls under the category of “backbiting” and should be discouraged.

Talking to journalists at the Governor House Karachi, the President said that the privacy of every person is a trust that should be maintained. Leaking private conversations or comments and spreading fake news is unethical. Such things spread fear and panic in the society.

Dr. Arif Alvi said that information leakage has increased due to the spread of technology, such cases need to be discouraged.

The President said that social media should be used for essential information and knowledge. He also stressed on adopting civilized behavior on public platform with political rivals.

He said that personally I am trying to bring all the stakeholders closer. The country is facing problems like floods and critical economic situation. In such situations, it is important to be united in purpose among the stakeholders.

The President emphasized the need to establish a fool-proof system for fair and transparent distribution of aid and devise a mechanism to prevent theft, hoping that the government’s efforts such as obtaining loan waivers would prove fruitful. which will help in providing resources for the rehabilitation of flood victims.

Dr. Arif Alvi also reiterated his appeal to charitable organizations, civil society and the international community to donate generously for the relief of the flood victims.

Bilawal Bhutto condemned the murderous attack on Head of Mission...

The Prime Minister welcomes the extension of Saudi Arabia’s $3...

Cold, dry weather will prevail over most parts of the...

No one casts me in an action film, Shah Rukh...

Lord Jagannath’s Rath Yatra under the rule of the BJP government comes out with pride and glory: Pipa News

Uruguay – Sanjevani, who were eliminated despite the win Pipa News