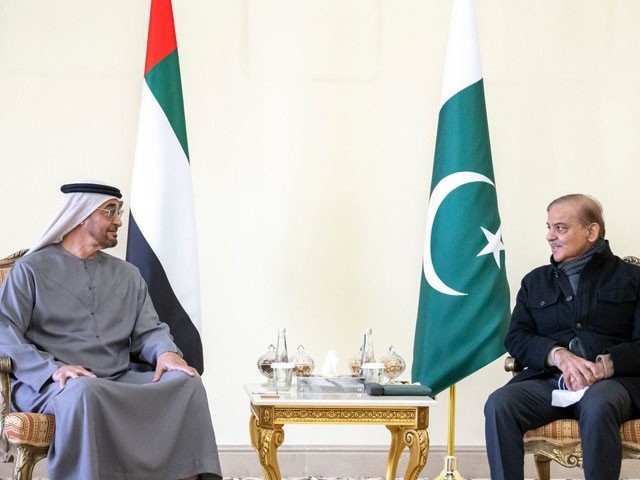 In this regard, sources said that Prime Minister Shahbaz Sharif and President of the United Arab Emirates Muhammad bin Zayed Al Nahyan met in Rahim Yar Khan in a very warm and fraternal atmosphere.

Sources said that UAE President Muhammad bin Zayed Al Nahyan took the Prime Minister by the hand and took him to his plane and met the family while Shahbaz Sharif spoke to the children of the UAE President in Arabic and English.