Railway Recruitment 2022: Those who were working as supervisors in Railways before retirement, are planned to be recruited under kinetic branch. 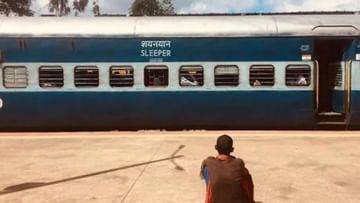 New Delhi: Does career really end after retirement? There are many people who remain active even after retirement and are waiting for the right opportunity. Central government has brought good news for such people. Job opportunities are being created for retired people in Indian Railways. This announcement was made recently by the Indian Railways.

It is learned that those who worked as supervisors in the railways before retirement, are planned to be recruited under kinetic branch. Indian Railways believes that it will be possible to work quickly by utilizing the experience of retired supervisors.

In this regard, the railway official said, the main objective of setting up kinetic units is to quickly dispose of long pending or stalled works. In this case, one of the reasons for hiring retirees rather than new or youth communities is their experience. Having been associated with Indian Railways for a long time and holding the post of supervisor, their experience will help in speedy completion of the work. Retired employees will also be paid a certain honorarium as salary. It has also been informed that the special burden of cost on the railways will not increase. Meanwhile, instructions have been sent to all Divisional Managers of Indian Railways. It has been directed to start the formation of kinetic energy unit as soon as possible.

It may be noted that Prime Minister Narendra Modi stood from the Red Fort and spoke about moving forward the Gati Shakti project at this year’s Independence Day ceremony. In accordance with the instructions of the Prime Minister, the work of forming kinetic units in all departments has started. It is learned that each unit will have five members. They will work directly under the Divisional Railway Manager. The main task of the retired supervisors will be to assist in the infrastructural development of the railways.

Bengaluru: Two friends who went for Parivala were electrocuted, fighting...

Money Plant Upay: Is the money plant in your house...

Online approval for vehicles now! What does this mean...

Long queue of voters in Saurashtra in pinkish cold Pipa...

Death of a young man due to dengue Pipa News

If you see problems, solve them, the jobs will work...

Bengaluru: Two friends who went for Parivala were electrocuted, fighting for life and death! Pipa News

Money Plant Upay: Is the money plant in your house staring at the ground.. Do this immediately.. No more money.. | Do this...

Online approval for vehicles now! What does this mean for motorists? Pipa News