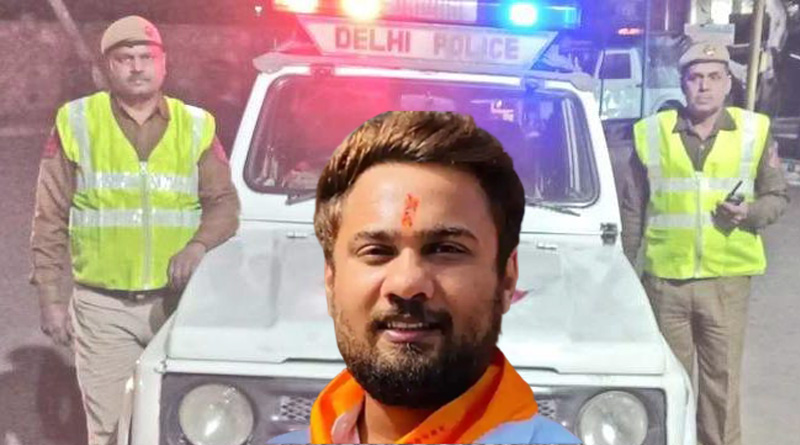 News Daily Digital Desk: Rohit Joshi, son of Public Health Engineering Minister Mahesh Joshi of the Congress government in Rajasthan, was accused of rape. A 23-year-old woman accused her minister of raping her more than once. This time Delhi Police appeared in Rajasthan to arrest the minister’s son in that incident. A 15-member team of Delhi Police reached Jaipur on Sunday morning. According to police, Rohit is fleeing to avoid arrest. On the same day, the police hung the notice of appearance on the door of the minister’s house without finding the boy.

The Delhi Police had lodged an FIR on May 8 on the basis of the girl’s allegations. The girl alleged that the minister’s son had raped her more than once between January 8 last year and April 17 this year. Rohit also promised to marry the girl. On the same day, a Delhi Police official said, “A team of our officers has reached Jaipur to nab Rohit, a fugitive in a rape case. Officials are searching for the minister’s son. ” However, it was later learned that his son Rohit was not found at the house of Minister Mahesh Joshi. In this situation, a notice to appear before the police has been hung on the door of the minister’s house. Rohit will have to go to Delhi by January 18 to appear in the rape case.

Incidentally, the young woman said, last year she had a conversation with Rohit on Facebook. They first met in Jaipur. Then on January 7, 2021, Rohit asked him to come to Sawai Madhopur. Rohit mixes drugs in his drink. The next morning his nude pictures and videos were shown. Seeing that, the young woman became worried.

Rohit also met him once in Delhi. They stay in a hotel as husband and wife. Rohit promises marriage. Although then he beat the girl after drinking alcohol. Makes pornographic videos of young women. It threatens to go viral. On August 11 last year, the young woman realized that she was pregnant. Although Rohit did not want children. As a result, she tries to get feticide. However, the young woman did not eat it. After that, the Delhi Police filed a case against the minister’s son under multiple sections in the name of investigation.

Avadi: RTO inquiry into the wrong decision taken by a woman in 9 months...

Bodies of 3 sisters and 2 children found in the well

If Imran Khan tries to get out after six days, he will be sent to jail, Hamza Shahbaz PiPa News

There are also mistakes of PTI that the situation has reached this stage: Fawad Chaudhry PiPa News

son tried to kill his father in andhra pradesh for asset arrested by police, – News18 Tamil