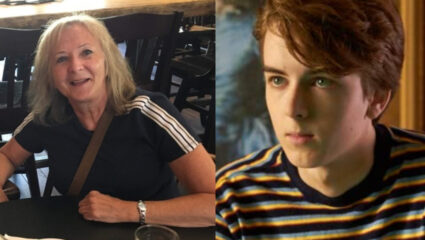 Mumbai: Actor Ryan Grantham, known for his performances in “Diary of a Wimpy Kid” and “Riverdale”, has been sentenced to life imprisonment for killing his mother in 2020. . The 24-year-old has pleaded guilty to the murder of his mother, Barbara White. The sentence was handed down by the British Columbia Supreme Court in Vancouver. According to the CBC, Ryan would not be eligible for parole for 14 years. According to the outlet, Justice Kathleen Kerr passed the sentence through statements from the victim’s family, including Grantham’s sister. In a previous hearing, prosecutors said Ryan Grantham shot and killed his 64-year-old mother in the back of the head on March 31, 2020, while she was playing the piano. The legal authorities learned that the actor had rehearsed before killing the mother. Only then did he kill his mother. It is video recorded throughout the proceedings.

Ryan Grantham was also plotting to kill Canadian Prime Minister Justin Trudeau the day after the assassination. The surprising thing is that the actor himself surrendered before the police after killing his mother.

Draupadi Murmu: India should be made a World Guru, President...

The student who had an adventure during the bus journey...

gautam adani, Adani in earnings and this person leading in...

Draupadi Murmu: India should be made a World Guru, President says IIIT Dharwad is a special gift for the country’s future Pipa News

Cut the team.. and put it on the grave of the brother… Pipa News