Reiterating her determination to focus the world’s attention on the flood disasters in Pakistan, Angelina Jolie gave a real picture of the worst disaster, public hardships and relief operations of the Pakistan Army.

Angelina Jolie, United Nations Special Envoy to Pakistan for Flood Affected People, visited the National Flood Response Coordination Center, speaking on the occasion, expressed her determination to focus the world’s attention on the flood disasters in Pakistan. Hollywood actress Angelina Jolie also presented the worst disaster, people’s hardships and the real picture of Pakistan Army’s relief operation. According to him, any relief activity seen is being done by Pakistan Army and everywhere Pakistan Army has been seen helping people and saving lives.

He says that I have never seen such a disaster in my life. The world should wake up to the situation in Pakistan and the world has no idea what has happened.

Angelina Jolie said that she spoke to the lives that were saved, but they are not safe yet. The world has no idea of ​​the devastation that has occurred and if help does not arrive in the coming weeks, the survivors will not be saved. will

He said that I have never seen such destruction anywhere in my life. There are many children among these people who are in the struggle of life and death. The victims are in urgent need of shelter, food and medical facilities. 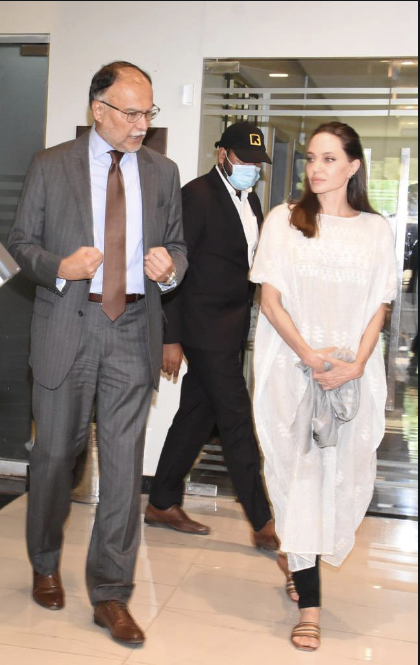 The actress said that whenever I visited Pakistan, I found the people of Pakistan to be hospitable to the Afghan people, but today Pakistanis themselves are suffering from a major natural disaster.

He also asked the international community to do more to help the flood victims of Pakistan and said that the world should wake up to the situation in Pakistan. This is a life and death issue for many people.

Angelina Jolie said that countries less responsible for climate change face more destruction and deaths than others. My heart is with the people in this time of trouble. Angelina Jolie repeatedly expressed her determination to come to Pakistan to help the victims.