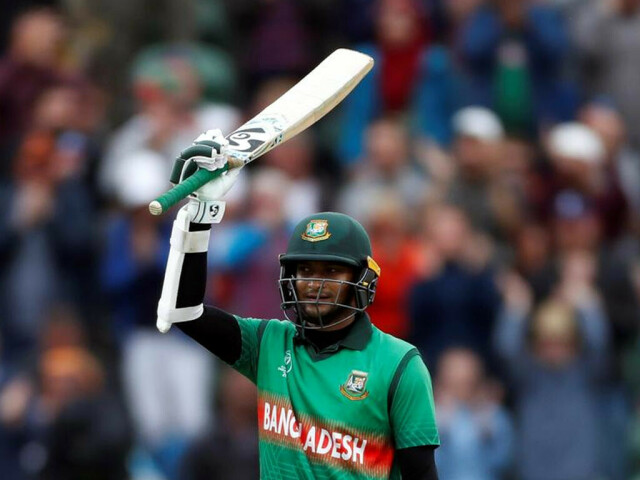 Dhaka: Shakib Al Hasan will return to the ODI squad for Bangladesh in the 16-member squad announced on Thursday for next month’s tour of India.

Shakib took a break from Bangladesh’s last two ODI series against the West Indies and Zimbabwe but led the national team for the Twenty20 World Cup in Australia.

Batsmen Najmul Hossain and Yasir Ali have also returned to the one-day squad, while batsman Mosaddek Hossain, spinner Taijul Islam and fast bowler Shorful Islam have been left out.

India will arrive in Bangladesh on December 1 for their first bilateral series since 2015.

During India’s previous visit to Bangladesh, rain forced a draw in the only Test, while the hosts won that year’s ODI series 2–1.

As a gesture of peace, Pakistan returned an Indian soldier ...

Lava from the Hawaiian volcano no longer poses an immediate...

All loan repayments on track, country’s Fe reserves set to...

Edmonton Oilers take on an injured opponent in an 8-2...

Best international roaming plans from Airtel, Jio and Vi to...

As a gesture of peace, Pakistan returned an Indian soldier Pipa News