Kolkata: In West Bengal’s Kolkata, Arpita has said that she had no knowledge of the seizure of cash from two flats owned by her.

Arpita told the enforcement department, which confiscated bundles of currency notes, that she had no idea that she had so much cash in her house. Partha Chatterjee would always keep those rooms locked. Arpita has also said that I was never allowed to enter it.

It is said that Arpita’s confession may have caused more shock to the enforcement officers, who counted the currency notes for more than 13 hours, than the shock of the cash seizure.

Enforcement agencies on Wednesday seized Rs 2,000 and Rs 500 bonds worth Rs 28 crore at the residence of Arpita Mukherjee in Kolkata’s Belgaria. 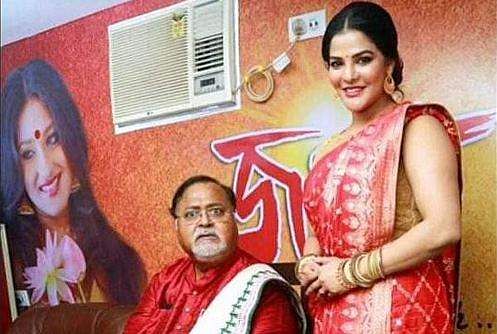 Apart from that, 5 kg gold and silver jewelery has also been hoarded by the enforcement department for valuation.

While the enforcement department officials seized Rs 21 crore cash from the house of Arpita Mukherjee, a close aide of West Bengal minister Partha Chatterjee, who was arrested in the teacher recruitment scam case on Tuesday, the same amount of cash was seized from another house on Wednesday.

The trial, which began on Wednesday, continued till 5.30 am on Thursday. Apart from money and jewellery, many property documents were also seized. Eyewitnesses say that all the seized items were carried away by the enforcement department in ten iron boxes that could not be lifted.

Enforcement officials who raided the house said they were coming to collect currency notes from the house and Ali Baba looked like a cave.

Even now the counting of money is still going on. They said that it has been many hours since the work started.

In West Bengal, Partha Chatterjee, who is the Minister of Industries in the ruling Trinamool Congress government, has been accused of corruption in the appointment of teachers when he was previously the Education Minister. In this regard, the enforcement department raided Arpita Mukherjee’s apartment on July 22. In this, the officials of the enforcement department seized a lot of jewelery and Rs 20 crore in cash. Partha Chatterjee and Arpita Mukherjee were arrested on 23rd.

Yesterday, in the presence of the welfare association secretaries of the residence, the enforcement department broke the lock of the house where the raid took place and seized this money from several cupboards and bureaus.

The raid was conducted on the basis of clues obtained during the interrogation of Chatterjee and Mukherjee. Similarly, four different addresses were searched on Wednesday.

10 dead, 37 injured after tractor-trolley drowns in lake in...

If there is any corruption, asset details more than earnings,...

Tense atmosphere at the waste lands in Bhadradri district –...

There was a ruckus in the US stock market, fear...

Delhi Air hostess locked up the politician who raped her...

If there is any corruption, asset details more than earnings, share : SP Pipa News

Dengue cases continue to increase across the country Pipa News