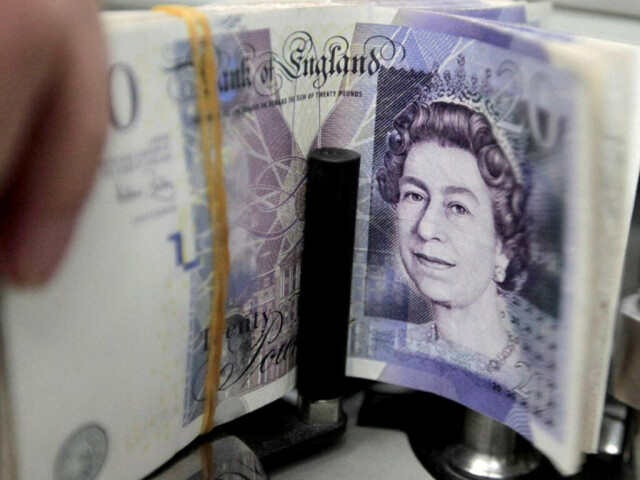 Sterling was slightly lower on Friday but is still set for its third consecutive weekly gain against the weaker US dollar.

Analysts expect the pound to remain weak as central banks including the Bank of England (BoE) tighten their monetary policy even in a recession that is expected to be deeper in the UK than in the US.

Expectations of rate hikes, which normally boost the currency’s value, could hurt the pound by downplaying the country’s economic outlook.

“Given key economic and inflationary risks, GBP yields may not be sufficient to offset the particular risk premium,” said Ulrich Leuchmann, head of foreign exchange research at Commerzbank.

Britain’s Office for National Statistics revised up producer price inflation figures on Friday, meaning factory gate inflation has been higher this year than ever before.

The dollar was headed for weekly losses as the prospect of a further monetary policy slowdown by the Federal Reserve unnerved investors.

Sterling was down 0.1% against the euro at 86.01 pence. It was set for its third straight weekly gain against the dollar and euro.

“Given the bleak picture for the UK economy, we find it difficult to see the current GBP-USD rally being sustainable in the long run,” analysts at Unicredit said in a note.

“The tight budget recently announced by the UK government will make it harder for the BoE to provide tighter monetary policy to address inflation,” he added.

BoE deputy governor Dave Ramsden on Thursday backed further interest rate hikes, but said he would consider a rate cut if the economy and inflation pressures differ from what he expected.

BoE policymaker Catherine Mann said on Thursday that she expected inflation to be at the upper end of the range of forecasts published by the central bank earlier this month.

Wednesday’s news that the Scottish government could not hold a second referendum on independence next year without the approval of the British Parliament had little effect on the pound.

Military couple looks back on 70 years of marriage on...