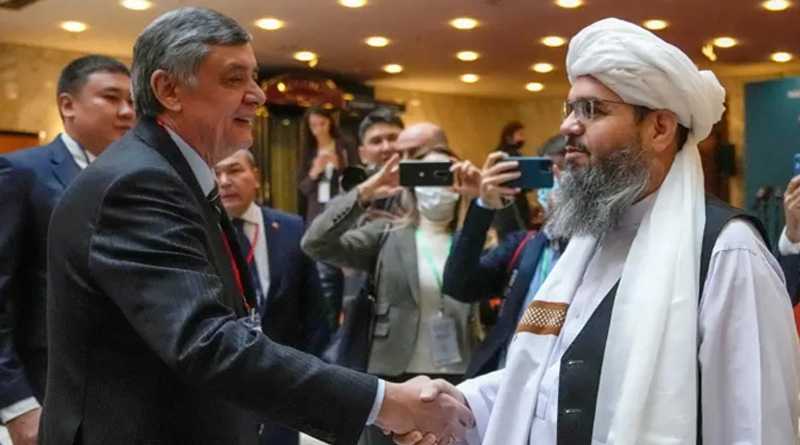 News Daily Digital Desk: The Taliban government of Afghanistan has signed a historic trade agreement with Russia. Taliban signed an agreement to buy petrol, diesel, natural gas and wheat from Russia. Afghanistan’s Commerce and Industry Minister Haji Nooruddin Azizi confirmed this to Reuters. He said that Russia has promised to provide oil, gas and wheat at the cheapest price of the world market to the Taliban government.

After the Taliban occupation, the entire Afghanistan fell into a terrible financial crisis. The country came under the grip of multiple sanctions due to the rise of the militant government. Many countries have not yet recognized it. Among them is Russia. However, after the capture of Kabul, Taliban leaders visited Moscow. Note that one of the few foreign embassies in Kabul, the Afghan capital, is that of Russia. Among them, Afghan Commerce Minister Azizi visited Moscow last month. After that, it became known about the Russia-Taliban big deal.

Aziz told the news agency that Russia will supply 10 lakh tons of gasoline, 10 lakh tons of diesel, 5 lakh tons of natural gas (LPG) and 20 lakh tons of wheat to Afghanistan every year. The trade minister of the Taliban government confirmed that all goods will be imported in the country at a lower price than the world market. He also said that how long this agreement will remain in force will be decided later. If both parties are satisfied then the contract will be made for long term.

The Taliban trade minister has informed about the deal, but Russia is yet to comment on the matter. The news agency Reuters contacted Putin’s ministry, but Deputy Prime Minister Alexander Novak’s ministry refused to comment on the matter. Azizi said that most people in Afghanistan have gone below the poverty line. Afghans are in dire straits. This agreement was made with Russia in the interest of the people.

It is an unveiling of India’s glorious heritage; Neeta...

Corruption in Vijayawada Durga Temple.. What you are reading now...

It is an unveiling of India’s glorious heritage; Neeta Mukesh Ambani is excited about Cultural Center |– News18 Kannada Pipa News

Corruption in Vijayawada Durga Temple.. What you are reading now is only a sample.. Pipa News

A big relief for the public, the price of petroleum products is likely to be reduced by Rs 38 Pipa News

Uproar in Rajya Sabha over BJP MP’s bill on Uniform Civil Code, opposition alleges – bill is a threat to the country’s diversity Pipa...