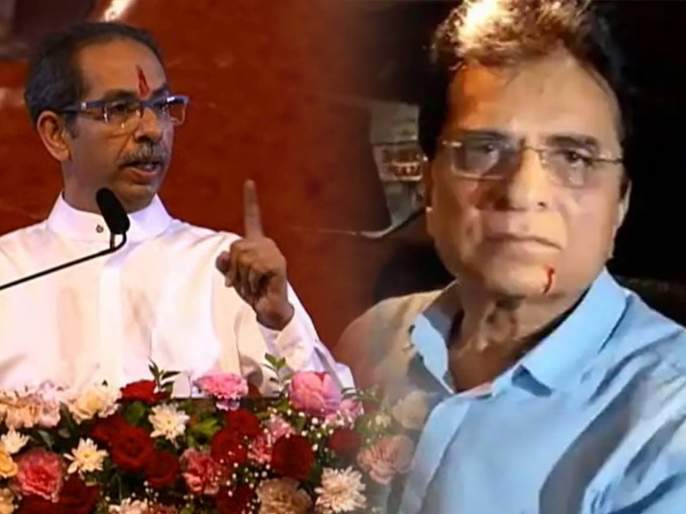 Mumbai: Shiv Sena’s Hindutva is Gadadhari. Devendra Fadnavis called us assholes. But Shiv Sena chief Uddhav Thackeray targeted BJP saying that we released donkeys two and a half years ago. Uddhav Thackeray took the news of MNS along with BJP from the meeting in BKC. He raised the question of how BJP leaders are attacked when there is security at the Center, from the attack on Kirit Somaiya.

Many years ago, former Pakistan cricketer Javed Miandad visited Matoshri. He demanded that India-Pakistan matches be held. Thackeray recalled that Balasaheb had clearly told him that the matches would not take place unless the terrorist attacks by Pakistani terrorists stopped.

Balasaheb was then asked a question by Miandad. Balasaheb asked him why do you play with monkeys in the middle of matches. “We do it on purpose to distract the front player and distract him,” he said.

One day at the start of the match, Miandad batted on the ground and went to the opposing bowler. Miandad was asking him the same thing. The player in front then angrily asked him why he was asking for a room. That’s why I have to hit six over there, said Miandad. Miandad’s sledging disrupted the bowler’s rhythm and then Miandad hit a six on his bowling, said Kissa Thackeray.

A tela loom kidhal hai batana, asam miandadan had asked. He was talking in a dumb voice. There are some people around us who talk like that. They do not have the ability to do anything on their own. But they are only trying to disturb your rhythm. Ignore them, said Thackeray without naming Somaiya.

Long March: Protesters set fire to trees and vehicles in the Blue Area in Islamabad

Bad Breath: Does bad breath come from the mouth .. This is because of the mistakes you make ..! | Bad breath...

Prime Minister Modi to visit Tamil Nadu tomorrow – What are the plans to start?

2 more ministers on CM Mann’s radar, the investigation is going on secretly

Weight Loss | Include this type of bread in your daily diet, which is extremely beneficial for weight loss! | These...